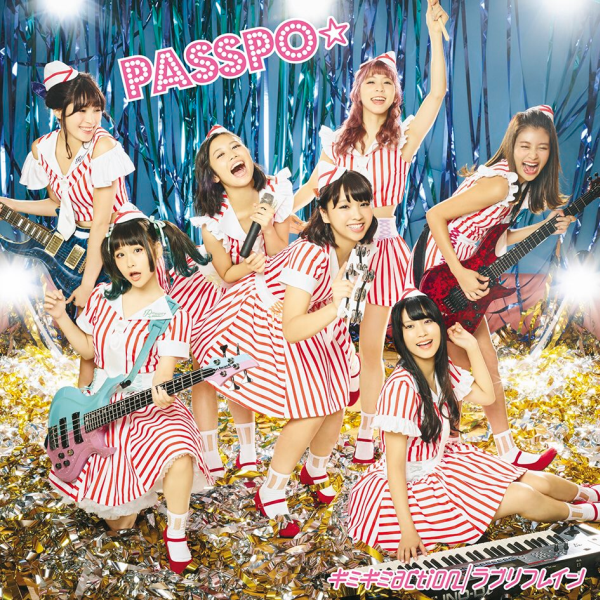 My thoughts on the 3rd single of 2016 from flight attendant idols PASSPO.

Damn PASSPO! Back at it again with a third release on the year! That meme is getting pretty stale huh? Well, PASSPO sure aren’t stale, not anymore anyway. Signing with Crown Records really has given the group a new lease of life. It’s crazy what can happen when you have a record lable that actually wants to back you and not just release the same “Best Of” album 3 times over. Seriously, who came up with the idea to release 5 of those albums over the course of 2 and a half years? Gotta love all of the bullshit politics of the music industry right?

2016 has been a really strong year for PASSPO as a group in a lot of ways, especially on the music front. Kicking off the year with the fantastic “Mr. Wednesday” was a real statement of intent, and following it up with “Bachelorette wa Owaranai” kept the momentum going. I’m a simple man, you don’t have to do that much to restore my faith in a group. In fact, this is easily the most excited I’ve been about new PASSPO songs since what? 2013 or something? That’s actually really sad now that I think about it. What a waste the past few years have been, you really have to wonder how much of a setback that all ended up being.

Given that in recent years we’ve been lucky to even get 1 new single out of PASSPO (or if we’re talking about 2015, we didn’t even get 1), the fact that we’re getting 3 this year is pretty incredible, and maybe even a little damning of Universal Japan. Even more incredible is that the 2 they’ve released so far have both been really good, although given the last couple of outings that bar wasn’t going to be too hard to clear. PASSPO look to finish out 2016 strong with the release of “Gimme Gimme Action / Love Refrain”. Let’s see how I end up thinking they did, I’m expecting some good things here.

Let’s kick things off with “Gimmie Gimmie Action”, which is a Pop-Rock song with mad Christmas vibes to it. I suppose that’s not too surprising considering whoever composed this song has…is sampled the right word here? Screw it we’re saying that they sampled that old Christmas favorite “Jingle Bells”. Of course PASSPO aren’t just singing “Jingle Bells” under a different title, that would be rather boring and probably involve a whole host of royalty fees being paid to the original composer(s). They’ve taken “Jingle Bells” and used it as a base for something of their own creation, kinda anyway.

The song is fairly catchy, just like the song it’s taking a lot of inspiration from. The chorus could have done with being just a little bit less inoffensive in my opinion, but it does its job well enough in its current form. I get that this is supposed to be PASSPO’s take on a Christmas single (it came out in November but who’s counting) but I kinda feel like this is more of a b-side in how it comes across. Don’t get me wrong, it’s a decent song for sure. I mean, if you’re going to Frankenstein another, well loved song into something of your own then this is a pretty respectable way to go about it. Not bad PASSPO, not bad.

If I felt like “Gimmie Gimmie Action” would have worked out better as a b-side then “Love Refrain” absolutely kills it as an a-side. This is the kind of song that PASSPO do best, and they’re doing it in band form which is all the more impressive. I got the chance to see them perform at their one-man live at Tokorozawa Memorial Park a week or two back and let me tell you, Band PASSPO absolutely is a real thing. Unless they had a bunch of guys hidden backstage playing live instruments (and missing timings on purpose) then these girls can really play. Star of the show was Tamai Anna on the drums by the way.

Back to “Love Refrain” and yeah, this is just great. It’s still pretty Pop-Rock but this song has a little more Rock in it than “Gimmie Gimmie Action” does. This results in a more interesting listening experience, to my ears anyway. It also helps that the chorus is catchy as all hell, you guys know that when PASSPO nail a chorus they really nail it. Well, that’s what happened here. I also enjoyed the solo vocal parts that were included, you know just to remind anyone who had forgotten that PASSPO are all really great individual singers too. Like I said, if I were making the call this would have been the solo a-side with “Gimmie Gimmie Action” as the b-side. More Band PASSPO stuff please. 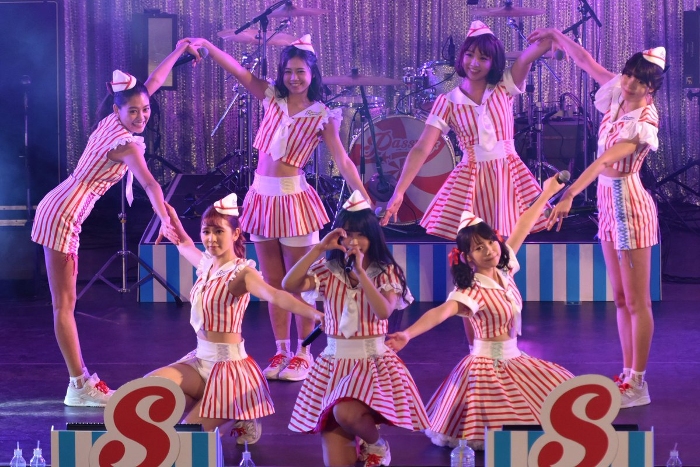 While I might not be the biggest fan of “Gimmie Gimmie Action” (What do you guys think of the song? Let me know), man are PASSPO ever on a roll this year. In my opinion, “Love Refrain” is up there with some of their best output, along with “Mr. Wednesday” and “7’s Up” and those only came out in the last 12 months or whatever. That one-man live was also very impressive and I hope they do put it out on DVD so you guys are able to see what I’m talking about for yourselves. It’s amazing what a new record label can do to give a group a shot in the arm huh?

2017 is already looking pretty good for PASSPO. They announced a whole slew of concert dates at that recent one-man, including a Zepp tour of all the Zepp owned concert facilities throughout Japan. I’d hazard a guess that there’s probably going to be a single released while all of that is going on too, and before we know it we’ll be talking about PASSPO’s first album under Crown Records. I’m not really expecting PASSPO to keep releasing fantastic songs back to back because the law of averages has to take effect eventually, but I’m definitely going to enjoy this run of them while they last.