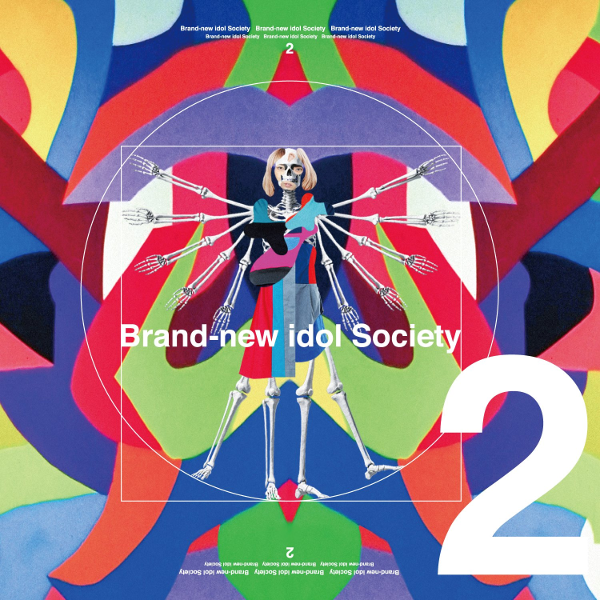 My thoughts on the (re)debut album from Brand-new Idol Society.

“Don’t call it a comeback” is how I believe the saying goes, something like that anyway. Well, BiS definitely aren’t calling this a comeback because I’m pretty sure this is being billed as their first album. It’s all very tongue in cheek of course, an in-joke if you will. Everyone who follows the Alt-Idol scene knows of BiS and everything they did to really grow the fanbase that many of the groups who started long after them now enjoy today. Everyone should also know of their tendency to joke around and say things that they don’t really mean, hence this being referred to as their first album all over again.

Of course, for every current member of the group besides the returning Pour Lui, this is actually their first BiS album. We all saw the auditions (or heard about them), had our favorites, were happy/sad about who made the cut and who didn’t and then there were all of the other developments that came out of that process. I think it’s fair to say that there was a great deal of hype and expectation surrounding a BiS comeback (but don’t call it that) so my initial thought upon hearing about this album’s release was that there is no way they could possibly live up to it.

What I was expecting was a bunch of re-recorded material, because that’s just the way BiS have always done things when they’ve released a new album after a line-up change. I figured there’d be a couple of new songs because you kind of have to give the new members something original to perform but I wouldn’t be going in expecting too much. It’s also just a really lazy way to make a new album and get some money coming in without having to write a dozen or so brand new songs. Basically, as long as they didn’t bastardize the old material and the new songs were decent, I was going to be fairly content. Let’s see how they got on.

I’m a bit unsure of exactly how I should tackle this review. By the time you guys are reading it, you’ve probably read about a dozen other reviews of this album anyway so I’m thinking I probably won’t do a track by track rundown. I do have some stuff to say about the re-recorded material but it’s not really enough to warrant going over each of the songs in a ton of detail. Instead, I’m thinking that I’ll write a little bit about the re-recordings in general and then do some more detailed thoughts on the stuff that’s 100% new. That’s what I’d want as a reader anyway, plus I’m still in Japan at the time of writing this and have better things to do than be sat hunched over this netbook.

So the old material yeah? Well, to my ears it sounds like they’ve had a little bit of a tinker with the instrumentals and thrown in a couple of little new odds and ends here and there. Seems like a decent enough decision to make, and in fact it’s more than a lot groups would even bother to do. Of course they’ve also recorded new vocals with all of the new members. It all sounds good to me, especially after that whole fiasco at that one JAM festival or whatever it was. There’s definitely some potential here, which is what you’d hope for considering these girls all had to pass an audition to get into the group in the first place.

The biggest issue I see people having with the album isn’t that the songs are bad, it’s just that there aren’t enough new ones. Well, I’m not really sure what you were expecting here to be honest with you. I’m pretty every BiS album after a line-up change in the past has re-recorded a bunch of old material. The difference this time is the group was dead for two years and the only returning member is Pour Lui. I mean, you have to give the new members something to perform live too and if you’re going to go to the trouble of making new backing tracks then you might as well make some money out of it.I don’t know, that’s just how I see it anyway. Let’s move on to the new stuff.

Tne first entirely new song to feature on the album is track 5 “BiSBiS”. This of course was the song that was used to promote the fact that BiS was returning in the first place. Back then it only featured Pour Lui on vocals, because none of the other members had been decided yet (or had they?). I thought that was pretty good, so was interested to see what the other members would add to it. Well, there’s definitely a lot more dimension when it comes to the vocals that’s for sure, and that’s pretty much all I wanted and expected. This is the kind of song that made me fall in love with BiS way back when. More of this, less of the crazy stuff they were doing latterly please.

Right off of the back of that, we get “Human after all” which upon reading the title instantly made me think of a song by the same name from my fellow Scots Twin Atlantic. If only I got paid for these plugs, anyway this BiS song isn’t anything like that other song at all. It has a bit of a creepy feeling to it, maybe creepy is being a little too soft even. It’s not really a style of song that BiS really do a lot, if ever but I guess if you love “weird BiS” then this song goes at least some way to placating you. It’s a pretty decent song, but it’s not really my kind of thing if I’m being totally honest. Still, it’s a bit of variety for the setlist right?

Our next new song is “Happy Birthday” (they can only sue you if you try to make money off of the actual song, right?) with lyrical input from new member Aya. It’s cool that at least one of the new members got to have some input in the creative process for this album. That’s something I like about WACK groups, management isn’t afraid to let the members get involved with song composition. I love the guitar riff on this song a whole lot by the way. That’s the kind of thing that does pleasant things to my earholes. The vocals are a little softer than I personally would have liked, and the flow in places is a little questionable (look at me pretending to know anything about music here) but yeah, very solid and enjoyable song otherwise. 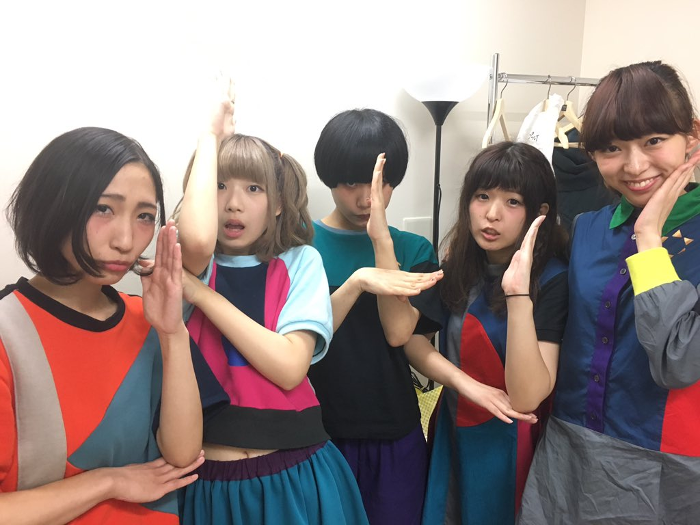 Man, we’re really cruising through these huh? Well, we have two more new songs to go here and the first one is rather pessimistically titled “Not Special”. Doesn’t exactly fill you with confidence when you read a song title like that, does it? This song is kind of like a ballad I guess if we’re just throwing general terms around. It has some pretty harsh sounding synthesized instrumentals backing it up though so it’s kind of trying to be two things at once and it does kinda work a bit. This isn’t a song that I’m rushing to put on when I open up my phone but the vocal work is pretty impressive I think. The song is just being too hard on itself with a title like that.

Our last brand new song is “CHANGE the WORLD”, which is something that I think you can say that BiS has already accomplished. They definitely changed the Idol world at least, and I don’t think that is even remotely up for debate, it’s just fact. Once again, this is the kind of BiS song that made me fall in love with the group in the first place. It’s just this kind of song structure that really does it for me for some reason. Although, this particular song could do with a little bit more bite in my opinion. It’s straying a little bit too far into the territory of ballads for my personal tastes. Still, it’s proof that the BiS writing team can still write this style of song if they want to, and that’s good news for me. 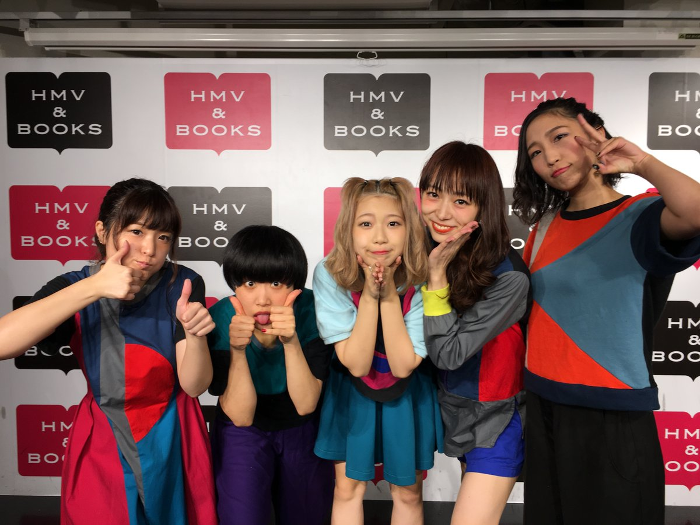 I’m honestly still not sure what all the uproar is about this album. It ended up being pretty much exactly what I expected it to be. They re-recorded a bunch of the hits, which happens on every BiS album ever and they updated them a little for 2016. Was it a safe approach to take? Sure it was. You probably want to play it safe initially though. When you’re relaunching a group with only one member that lapsed fans are likely to care about it probably isn’t that easy to gauge what the reception is going to be. There’s also the factor of there being new fans and this is going to be their first BiS album and they’re not going to care how new or old any of the songs are.

It’s okay though, all of you people lamenting that this was such a lazy effort and how could they only have 5 new songs only have to wait until what? February I think it was? BiS have their “second” album coming out then and I’d hazard a guess that there’s probably going to be some more new songs on there. There’s also probably going to be some more re-recorded stuff so I guess people are going to find a reason to complain regardless of what happens in a few months. Me personally, I’m pretty happy that BiS are back and I’m willing to give this group of mostly new girls a chance before I start throwing criticism around. See you all in February.