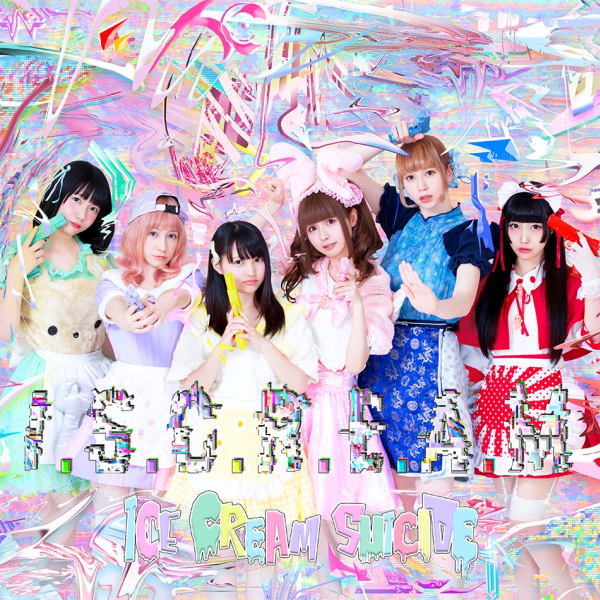 My thoughts on the debut mini-album from ICE CREAM SUICIDE.

So for this review, I’m going to be reviewing a release from an extremely new group. They’re called ICE CREAM SUICIDE, which is a pretty wild name for…well, anything really. Although I guess suicide by ice cream probably isn’t the worst way to go out if we were to construct some kind of ranking for that. I mean, it’s a name that will certainly catch some peoples’ attention and especially so if they’re of the English speaking persuasion. I’m not really here to rate groups on their marketing, but ICE CREAM SUICIDE have done pretty well on the name side of things at least.

The group has an all the colors of the rainbow type thing going on when it comes to their costuming. It’s the old tried and testing thing which makes it easy to sell merchandise 6 different ways. To be honest, when I first saw the look this group are going for I was instantly reminded of Zenbu Kimi no Sei da. You guys know I like a bit of Zenbu, so in my head I guess I was already making assumptions on how this group would sound. How unprofessional of me to judge a book by its cover right?

Anyway, so I’m going run through this mini-album (that’s what they’re calling it anyway) for you all real quick. I don’t think there’s that much in the way of music videos or SoundClouds or what have you, so you’ll have to use your imagination or do your own research on that front. Going in, I’m expecting some Denpa and some craziness because that’s what all the groups with this look do. I guess we’re going to find out together if that’s what we end up getting, won’t we? 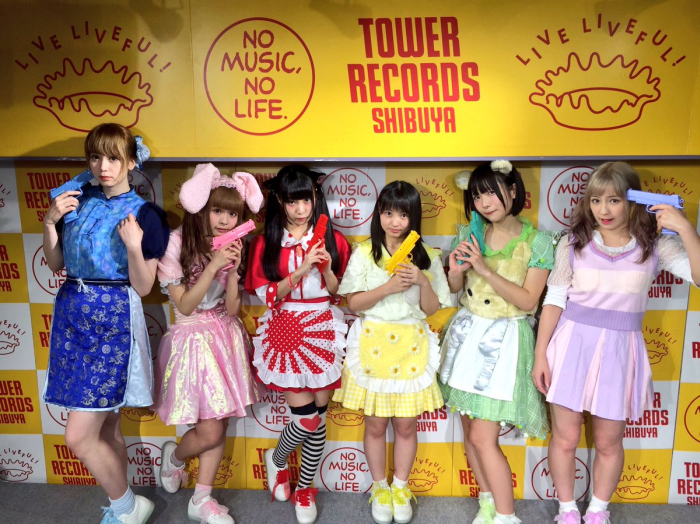 The album opens with “VOiCE”, see what they did there? Anyway, right off the bat I’ve been totally thrown off. This song is way more Rock than Denpa, something that I was not expecting at all. There’s also a pretty diverse range of vocals on show, some that are admittedly better than others. I really like how this song flows, and the chorus while not some super catchy earworm type deal is still very enjoyable. I also kinda dig the guitar solo that they snuck in there at the end. This definitely wasn’t how I expected things to start out, but I’m certainly not complaining.

Following on from that is “Joy Dash”, which is much more of what I expected this group to be all about. We’re going full-throttle, head on into the weird and wonderful world of Denpa. You’ll recognize a lot of the production gimmicks from other groups doing this style of music. The instrumentals are very typical of the Denpa genre, although there is an underlying Rock element that makes itself known from time to time. On the vocal side of things, again it’s the same sort of stuff you’ll hear from many other groups so we’re not really breaking new ground there. That said, everything is done to a high standard and the song is by no means a chore to listen to.

“Tengai Renren Alpinism” is much the same story as the song that preceded it. Once again we’re going hard on the Denpa style and we’re doing it to a very respectable standard. ICE CREAM SUICIDE definitely aren’t trying to reinvent the wheel or do anything too crazy on this one either though. If you’re a fan of groups like Denpagumi.inc then I’d say that there’s a pretty good chance that you’ll enjoy both this and the previous song. I guess the biggest problem I have is that neither of these songs really stand out when it comes to Denpa. They’re both really good, I just wonder if they could have been a little less by the book. 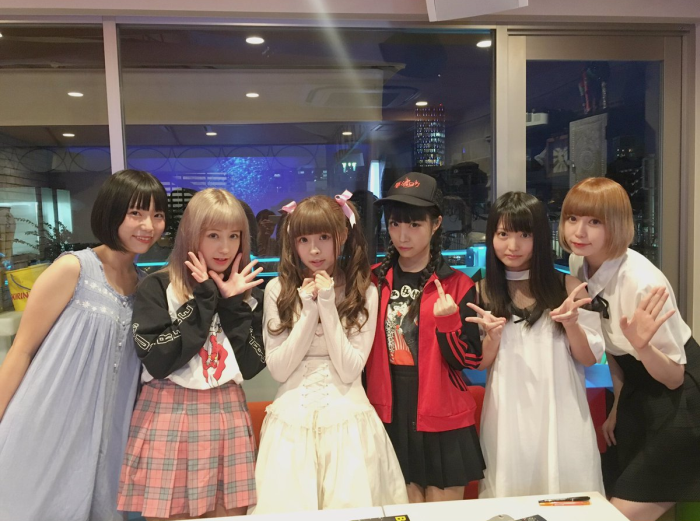 We’re past the halfway point of this mini-album and while there’s been some surprises, things have ended up going more as I expected as we’ve gone along. “Mousou Literacy” takes us back in the Rock direction however, so if Denpa isn’t really your thing then perhaps this will be more to your tastes. I feel like they could have been a bit more ambitious with how heavy they went with the song but I guess they probably don’t want to scare people of a nervous disposition off. On the whole it’s a very enjoyable song with some good instrumental and vocal hooks going on.

“Motto Revolution” closes out the mini-album with what I guess you would call an Alt-Pop song with a Rock edge to it. I’m somewhat reminded of Zenbu Kimi no Sei da with this song. Do I bring them up too much? I feel like I probably do. Anyway, this song has some good energy to it and while it comes across as being a bit on the wild side, things are actually pretty well thought out and controlled. I also really loved the little piano parts that were worked in here and there. This song does a pretty good job of showing the range of music that ICE CREAM SUICIDE are working in and it’s probably one of the more accessible songs on the release. 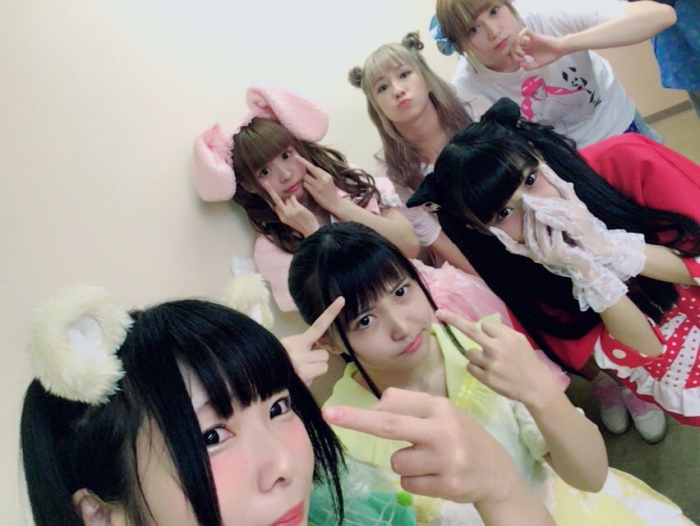 This release surprised me slightly, which isn’t something I find myself saying all that much when it comes to J-Pop these days. On the whole, this mini-album didn’t bring anything all that new to the table but what it did bring was pretty damn good. I mean, you have to remember that this is a debut from a really new group. The fact that the music is already this good is a pretty good sign of things to come in the future. Of course if you don’t like Denpa then you’re probably not going to like this release, but from a totally objective standpoint you can’t really say there are any major flaws here.

There’s a lot to be said about making a good first impression. I think ICE CREAM SUICIDE have done just that, and I’m looking forward to hearing what they release next. Hell, I’ll probably even review it for you fine folks.