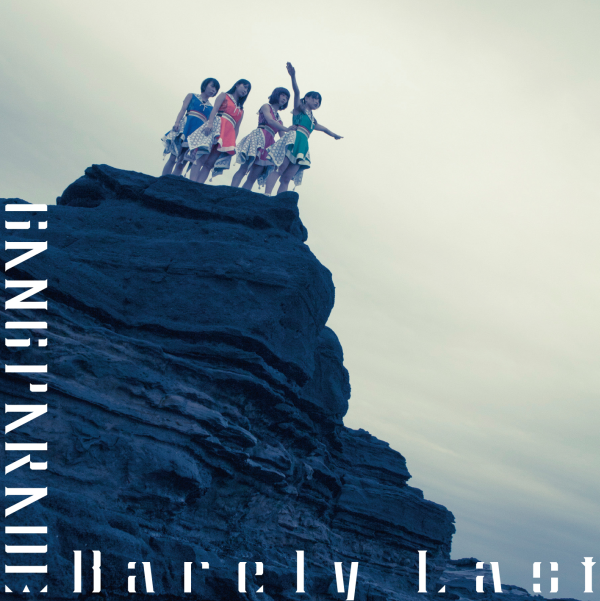 My thoughts on the sophomore album from GANG PARADE.

So, its been a pretty…eventful past couple of months if you’re a GANG PARADE fan, yeah let’s go with eventful. The graduation of Shigusawa Ao was sudden, but there was plenty of notice given so that it wasn’t a total shock when it happened. The same can’t be said for the departure of Inukai Maaya who just seemed to disappear with very little explanation as to why it happened. I guess that’s just the nature of the business though, right? A lot of these groups are fleeting, or at least their line-ups are anyway. It’s sorta cool in some ways, and sorta not so cool in others.

It’s not all bad news for GANG PARADE though, shortly after Inukai Maaya disappeared into the aether they added new member Kyan Maika (there is no way that last name is real). I get the feeling that addition was pretty much out of necessity when it was made, but Maika seems pretty cool and a good addition to the group. The bigger news I guess is that GANG PARADE have also pillaged the BiS auditions for 3 additional members in the form of Yuyu, Yui and Coco. They were slated for that BiS rival group but I guess things fell through on that front. Good to see they managed to land somewhere though because I really liked all 3 from the audition. They don’t feature on this album unfortunately.

I think we’re pretty much all caught up on GANG PARADE news for the moment. I should probably start talking about this new album they’ve got here huh? It’s their second in a little over a year which seems to be a trend when it comes to groups that Watanabe is even tangentially involved in. I’m not complaining though, because I generally enjoy the music that GANG PARADE put out. I do kind of wish they’d settle on a style though because it’s pretty hard to figure out what kind of group they’ve been trying to be. I suppose the revolving door of personnel doesn’t help either. Anyway, on with the review!

The album opens with new song “sugar”, which has what I can only describe as a 90s Dance music inspired opening instrumental. That whole deal sort of fades into the background though and the song turns into a pretty slow tempo affair. It’s not what I would have expected this album to open with, that’s for sure. Everyone involved puts in a pretty solid vocal performance, although it feels like there’s some kind of filter over the top of it that’s not really something I can get behind. By the time we get to the end of the song it actually has a pretty decent rhythm going so it did pick up a bit. I guess this is what you’d call a slow build.

Following that up we have “crazy night”, which is another new song if my notes are correct here. Calling a song “crazy night” does mean it comes with some expectations attached to it. Well, the song has some pretty heavy synth work and a pounding beat so if that’s what your expectations were then they’ve been met. The vocals on the other hand are actually fairly subdued. They’ve kind of gone for the whole “making eyes from across a dimly lit nightclub” kind of vibe which I guess works well enough. I’d have preferred something with a little bit more energy myself.

The streak of new songs continues with “Barely Last”, which is also the album’s title track. This song has a bit more of a Rock flair to it, if you manage to make it out under all of the effects they’ve laid over the top of the guitar and drums. They’ve left the vocals alone on this one though, and it turns out GANG PARADE don’t need any supplementing in that department. The song on the whole is pretty laid back and “chill” as the kids these days are saying (I think). The main synth line is also pretty good, despite me taking jabs at the fact they buried what I’m sure is a perfectly serviceable Rock instrumental underneath it.

The new songs just keep coming with “don’t forget me not” which I’m not 100% sure is a grammatically correct sentence. Idol groups don’t care about that though, so neither should we. Hey, this song has drums and guitar that aren’t all post-processed and wrapped up in synthesizers. That’s pretty cool man. It also has a pretty good energy to it too, and it’s probably the most energetic of the songs I’ve written about so far. Man this album isn’t turning out anything like I expected it to. Anyway, this song is my favorite so far for sure and it’s definitely something I wouldn’t mind hearing more of in the future.

I guess we’re just front-loading this album with all of the new stuff, and I can totally get behind that way of thinking. “ISSIN ITTAI” marks the halfway point of proceedings with an even more energetic (and also rather catchy) number than the song I just finished talking about. This is the kind of stuff I was expecting from this album so I’m glad it finally showed up. I was kinda worried that GANG PARADE had given up on this kind of song so it’s good to see it’s still in their repertoire, even if they seem to be using it a lot more sparingly these days. This is now my favorite song that I’ve heard so far.

The crazy streak of new songs finally ends with “QUEEN OF POP” having the honors of being the combo breaker. I wrote (a pretty terrible by current site standards) review about it back in April which you can go and laugh at if you feel like it. Basically I like it a bunch, moreso than a lot of people seemed to at the time. It definitely didn’t break any new ground, but I like the energy the song has and it’s just plain fun really. It’s better than some of these new song anyway, at least in my opinion. We love a good opinion here at SHiT HQ.

Its been a minute (about 3.5 of them actually) since we’ve had a brand new song, so along comes “Te wo Nobasu” to save us from the drought. What we get is a mid-tempo song that once again has quite a lot of synth going on. While not this super fast, high energy type of deal the song does actually have some really good energy. Quite a lot of it comes from the vocals which are really good and give GANG PARADE a chance to show that they can sing well as a cohesive unit. Those harmonies were pretty on point. One thing I wasn’t really sure about was the synth…solo I guess you’d call it. I get that you want a bridge in the song, but man I am not sure I would have gone in that direction.

You want even more new songs you say? Well, “this is love song” is this album’s 7th and final all new song. That’s a pretty crazy ratio of new to old material, for an Idol album anyway. So you’re probably thinking that this song is going to be a ballad, right? I know that’s definitely what I was thinking when I read the title. Well we all got swerved, this is actually a pretty upbeat and catchy song. It has elements of a ballad for sure, but they’ve just put this really energetic instrumental behind it and it works out so well. Given how much music I listen to, it takes a lot to surprise me these days. This song definitely ended up being a very pleasant surprise.

“WE ARE the IDOL” is the penultimate song on the album and is also the last single that GANG PARADE released prior to this. I also wrote about this one the site too, so you can go get an in-depth rundown of my thoughts over here if you require some supplemental reading to go along with this review. Basically it’s a fairly standard Idol sounding song, of which there are rather a lot of already out there in the wild. It’s a bit of a departure from what GANG PARADE typically do so I guess it kinda works in that context. Still not something I’d go out of my way to listen to though.

The album closes with “Happy Lucky Kirakira Lucky”, which for me is one of the best song that GANG PARADE have put out thus far. If this site had been up and running around the time that single came out, you’d have been able to read a 5 star review filled with glowing praise for this song. You guys know me, I love that energetic, high-tempo, Denpa, get the blood pumping nonsense. That’s pretty much what this song is. It’s super catchy and just a little bit silly too. It’s pretty crazy to think that almost half of the group responsible for this song are no long around, but like I said in the beginning that’s just idols man. 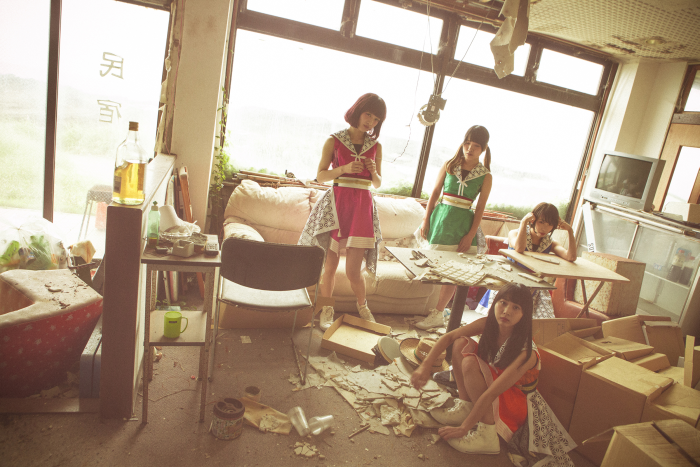 I didn’t really get what I expected from this album going in. I figured there’d be a few more high-tempo songs than there actually ended up being. In the end I think I ended up being 50/50 as far as my enjoyment of the new songs. To say I didn’t enjoy half of them would probably be too harsh even. They’re just not the kind of thing I’d go out of my way to look for, but they’re still good songs. That said, I do think this album could have been better but given how drastic of a line-up change GANG PARADE have had recently I think putting this album out right now was a pretty gutsy move.

Going forward, it’ll be interesting to see how all of these new members come together and work as a unit. There’s definitely some strong components here and there’s probably going to be a lot of new things brought to the table. I’m not sure how it’s going to work out, but I guess we’ll have a pretty decent idea once GANG PARADE drop their next single which is going to be a re-release of “Plastic 2 Mercy”. The future is looking pretty good right now though.