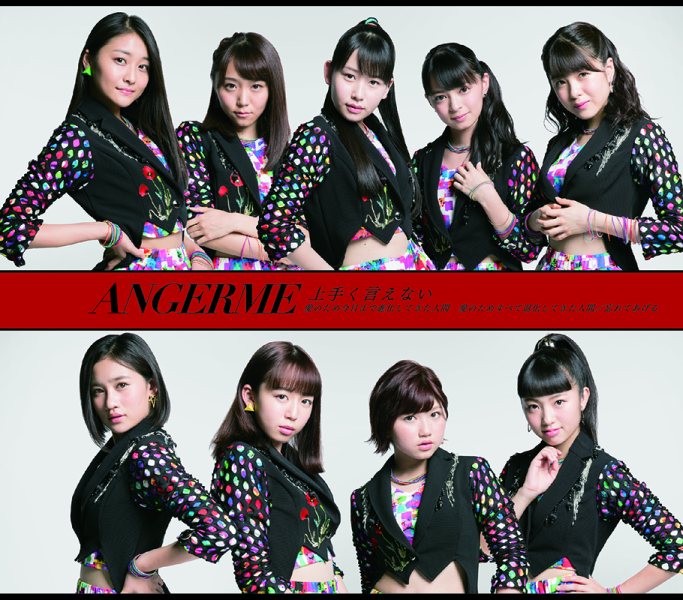 My thoughts on the 22nd single from the currently re-building ANGERME.

ANGERME have had a pretty tough time of things over the course of the past year or so. Much of this is down to the loss of Tamura Meimi and Fukuda Kanon, two pillars of the group. I kinda went over all of this in my review for ANGERME’s last single, which you can go check out if you’re so inclined. The cliffnotes of that review are that I thought one song was really good, one was alright and another was pretty bad. Which ones am I referring to? Well, I’ll let you go find that out for yourself in your own time. Did I hook you? No? Maybe just a little, right?

Anyway, besides the addition of Kamikokuryo Moe (aka the girl with the impossible to pronounce last name) at the end of last year, ANGERME have also recently added new member Kasahara Momona into the mix. This single is going to be the first one she features on I believe, which probably means she’s not going to be doing all that much. That’s not a knock on her or anything, it just seems to be standard practice that new members of Hello! Project groups are kept tucked away in the background for a little bit until they get used to their new surroundings.

As far as this single is concerned, my only initial thoughts going in are “Holy hell, that’s a really long string of words that make up the title(s)” (I mean seriously, how do you put all of that on a billboard?) and hopefully this outing might be a bit better than the last one ended up being. I understand that it might take a little bit of time for ANGERME to right the ship so to speak, but there is going to come a point where you do begin to question if losing two member should be having such a detrimental impact on the group’s musical output.

“Umaku Ienai” is the first song listed on the CD, so I guess it’s going to be the first song that I write about. Going through the song and trying to make some notes on whatever nonsense my ears pick up, and I’m having a bit of trouble figuring out what I want to say about this track. I guess we can start with the instrumentals, which aren’t bad at all really. There’s a good beat going there and it’s pleasant enough to listen to. This Hello! Project style that they’ve been going with for the past few years is starting to get a little tired though. It just feels like I’ve heard this kind of arrangement before.

On the vocal side of things, I don’t really know if the delivery really gels with the instrumentals so well. It feels like they’re both fighting it out to try to figure out which one should be more important, and I don’t think I like that. I’m also not a fan of those “iiiiii” parts, you know the ones. I guess we’re also doing Tsunku callbacks now, because that’s what that random voice they put in there reminded me of the most. All of the girls put in some very good performances though, which is standard for Hello! Project groups. I just don’t really think the song works that well as a complete package. Solid components though.

Well, up next we have “Ai no Tame Kyou Made Shinkashite Kita Ningen, Ai no Tame Subete Taikashita Ningen” which is a stupidly long title for a song. This one is another of those EDM type deals that are oh so popular in Japan currently. I kinda figured it would reach a point where the market would say “We’ve had quite enough of this, thanks” but I guess we’re still a ways away from that happening. Until then, it seems like a lot of Idol acts are quite happy to cash in on the genre’s popularity, and ANGERME and much of Hello! Project are not trying to be an exception to that rule.

There’s not too much to say about this song honestly. It’s decent enough of course but so are a lot of other songs in this style. Putting filters and such over ANGERMEs’ vocals isn’t something I personally would have done, but I guess it kinda ties into the whole atmosphere of the song that they were going for. I’m also a little disappointed that this song didn’t have a better hook. Even if the EDM stuff is getting a little played out the songs usually have some pretty banging vocal or instrumental hooks going on. As it stands, this song is sorta just there and that’s a little bit disappointing to me.

The third and final song on this triple a-side single is “Wasurete Ageru”. It’s one of these sort of mid-tempo ballad type of songs, which I can sorta get being included on this single given the styles of the two songs that came before it. I might not be super huge on these types of songs, but I definitely appreciate and understand their place and the role that they play. It also helps that ANGERME and their producers have the talents required to actually pull this sort of song off well and not make it sound like a totally androgynous snoozefest like some other groups do.

In a weird twist, this might actually be my favorite song on this single. The vocals are of course fantastic because it’s ANGERME, and also because they don’t have a bunch of filtering going on or an instrumental track doing its best to upstage them. Speaking of the instrumental, I kinda like the hint of Latin flair it has going on in there. You know, just a little sprinkle of something to make it a bit different and stand out slightly more than it would have otherwise. I’m not saying that I’ve turned the corner on these types of songs or anything, but this one stands more of a chance of making my mp3 player (does anyone still use these?) than the other two I’ve written about in this article. 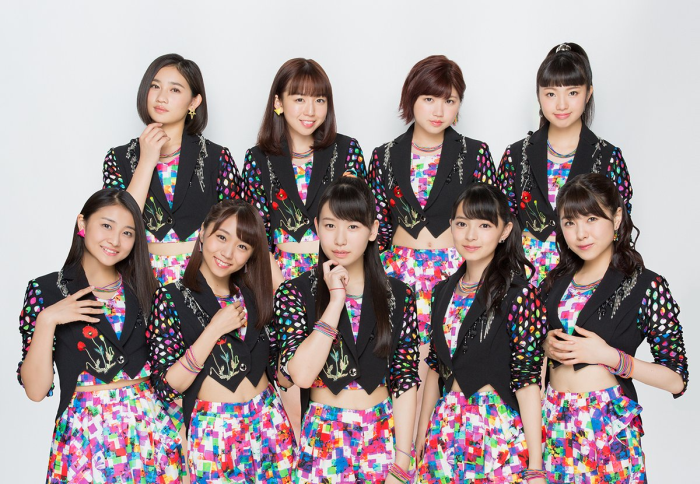 You’d be hard pushed to say that ANGERME have covered themselves in glory with this single. I mean, it’s not that bad but when you compare it to a lot of their recent output there’s definitely been a drop off in recent months. Like I said, obviously losing two of your big hitters is going to be less than ideal but at some point you’re going to have to suck it up and push past it. I think that’s what ANGERME are trying to do right now, but they do appear to be having some difficulty finding their stride.

On the plus side, Kasahara Momona got her feet wet on this single. Her voice sounds pretty good and she has age on her side so we’ll see how she develops over the next few singles. Hopefully this new ANGERME line-up can start to really come together now and have a smoother time of things, although I get the feeling that Wada Ayaka has her eyes on the exit doors so perhaps things will still be a little rough in the short to medium term. If they can get things going though, they’re going to be a really strong act for years to come.