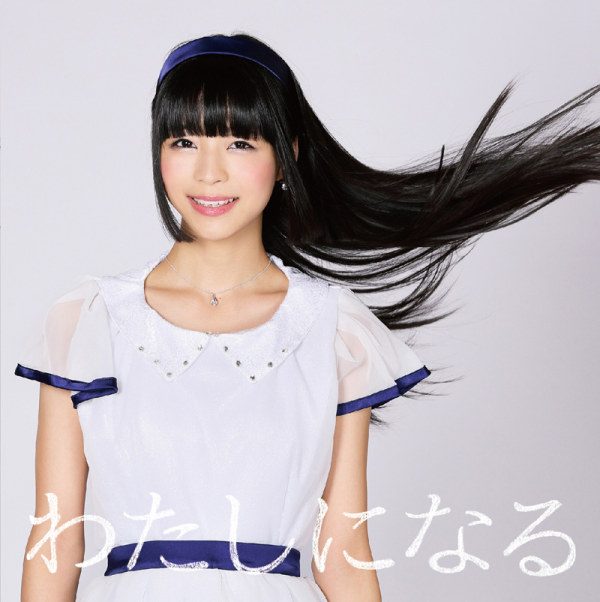 My thoughts on the debut album from soloist Terashima Yufu.

I’ve been a fan of Terashima Yufu for what feels like forever now. My interest of course started back in her days with Brand-new Idol Society, where she was at least in my opinion a key part of their vocal performances. She actually had one of the longest runs with the group, despite all of the rumors going around concerning the reasons for her departure. That’s not really relevant to this review though, so let’s just leave it at that.

After Yufu left Brand-new Idol Society, she started picking up solo jobs fairly quickly. A variety of talent work came her way, which makes sense given her looks and personality. She also launched a career as a solo artist and currently has 5 singles to her name in the 2ish years since that particular venture started. The last year or so has been a bit quiet on the music front, but I believe a change of record label has happened, so I’m sure it was just a bunch of politics holding things up.

So this week I’m reviewing Terashima Yufu’s debut album “Watashi ni Naru”. It’s a pretty hefty release, clocking in at 14 tracks but all of her singles are on here and I think there’s even a couple of b-sides too so it’s not going to all be new content. Nor should it be when it’s a debut album. I’m not really sure how I’m going to approach writing this review, I’ve talked about most of Yufu’s singles elsewhere already but I’ll at least give a general opinion on them as we go through the album. Sound good? Great!

The album opens with its title track “Watashi ni Naru”. Naturally, this is the song being used to promote the album, and I feel like it provides a pretty fair representation of what Terashima Yufu is all about as an artist. It’s a pretty pleasant sounding pop song, and Yufu is definitely in her comfort zone while performing it. No crazy screaming, high notes or any of that other BiS nonsense going on here folks. Just some good clean, family friendly fun. As you know, I’m not really one for this kind of music but I love Yufu’s voice so it turns out there are exceptions to every rule. Who knew?

Following on from that, we have “Fuhehehehehehehe Daisakusen” which was written by Oomori Seiko. I believe this was Yufu’s 4th single and it was also her major label debut so that was pretty cool. It’s in a fairly similar style to “Watashi ni Naru” but I guess you’d say the instrumentals sound a bit brighter and the vocals are sung in a way to compliment this. If I’m honest, this song is just okay for me. There’s nothing bad about it, but it is kinda straying a little bit too far into territory that I don’t find particularly enjoyable. I guess I’m just one of those people who doesn’t instantly love everything their favorite artists put out. What a monster I am.

Next up we have “Suki ga Hajimaru” which was one of the first few songs that Yufu ever recorded as a solo artist. I might be wrong but I don’t think this got a very wide release at the time, so it’s cool they’ve put it on the album. I really dig the piano work in the intro and I feel like this song gives the listener a bit more insight into Yufu’s personality. Its got a nice, almost playful energy to it and I particularly enjoy the flow of the lyrics. It’s also quite catchy in its own way, which as you all know is something that I personally look for in songs.

Did I say personality? Well, “Campanula no Yuutsu” has personality in spades. This song has a real retro feel to it, except they haven’t gone with the easy option of just ripping some disco beats straight out of the 70s. Of course, the song definitely isn’t this new, original thing but it shows you can do retro in more than one way. It also came out in 2014 as Yufu’s second single, so it was slightly ahead of the curve on that whole retro revival that’s going on in Japanese music currently. All I care about though is that it has a great beat and Yufu’s smooth voice. A winning combination right there.

“Oblaat of Love” is the second totally new song on the album (I hope I got that right) and features Dempagumi.inc’s Yumemi Nemu on writing duty. It’s actually a pretty rocking number, which isn’t really something you’ve seen Yufu dabble in too much since her departure from BiS. I honestly didn’t expect such a high tempo song so this one has kinda thrown me for a loop here. It’s pretty great though, even if Yufu didn’t really try anything too crazy in the vocal department. It’s certainly no BiS song or anything like that, but it doesn’t have to be unless you’re some crazy BiS fanatic that can’t let go of the past. BiS haven’t been that hot in the performance department since their comeback either, but that’s a story for another article.

Yufu’s third single “Neko ni Naritai” is up next. It’s pretty much a song entirely about Yufu wanting to become a cat. I mean, I guess Yufu is kinda cat-like to begin with so why not. On the surface, it’s a pretty unassuming song but after a few listens it really does start to get its claws into you. You love the terrible puns/jokes, admit it. This is probably one of my favorite songs from Yufu’s back catalog, the instrumental gives the song some good personality and Yufu gets to show off her voice to good effect. Essential listening if you ask me.

“Iyahaya Feeling” sees us hit the midway point of the album. This is the most recent single that Yufu put out prior to this album and it’s a bit of a collaborative effort. If you didn’t know, outside of music Yufu does a bunch of talent work with the mascots featured in the music video. They’re all representing various products and services, you know typical mascot stuff. It was a nice touch to bring both of Yufu’s careers together like this, and the song is pretty great too which doesn’t hurt either. I think the chorus is what makes it for me, it’s just so cheerful and catchy.

Our third totally new song (I’m going to look like such an idiot if I’m getting all of this wrong) comes in the form of “Yuru-chara Budoukai”. It’s another mascot related song, as seen in the title and it’s suitably childish and family friendly. This song feels like it’s straight out of a children’s television show. It has the same tempo, vocal flow and crazy sound-effects that those of us of a certain age will be incredibly familiar with. Is kids’ television these days anything like it was 20 years ago? Probably not, stupid question. I think this song is worth checking out for the nostalgia factor alone.

“Hatsukoi no Silhouette” is another older and rather popular Yufu song, which I don’t think ever got a proper release. I know it was on the DVD version of “Fuhehehehehehehe Daisakusen” as a music video but I can’t remember it ever getting a CD release. In any case, this is a reworked version of the song which includes various string instruments in the instrumental. They haven’t radically changed anything from the original, but the differences are definitely noticeable enough for them to matter. I think I’m a bit more partial to the original but this version is still really good.

We’re then treated to another (hopefully) new song called “101 Kaime no First Kiss”. It’s a pretty run of the mill ballad kind of deal, which you all know isn’t really my thing. Yufu’s voice is of course as great as it always is, and the instrumentals do their job in setting the mood of the song. I’m sure if you’re someone who is really into their ballads then this one is going to be more than acceptable for you. I feel bad being so dismissive of songs like this, but it kinda is just one of those “If you’ve heard one, you’ve heard them all” kind of things.

Man this review is getting long, anyway we have “Zenzen” up next. It’s a b-side that featured on the “#Yuflight” single so its been around awhile and is also fairly popular as I understand it. It’s pretty easy to see why this song would be popular though. Yufu’s voice is in fine form, the instrumentals are very fun and carefree and the chorus is also rather catchy. I think this is one of those situations where a b-side could have easily been the leading track for a single in its own right. If the videos included in this article have left you wanting more then I would definitely go check this song out.

Continuing on with the theme of songs with repeated syllables, we have “Madamada” which also appears to be a totally new song. It’s pretty synth heavy, with some underlying guitars and a pretty steady beat. There’s also a whole bunch of sound effects, horns, and what have you to give the song a pretty fun feel, on the surface anyway. Yufu’s vocals also reflect this, taking on a playful tone while also staying somewhat reserved. I think this song finds the happy medium between being too childish and being too…serious I guess you’d say. You kinda get a bit of both, which I thought made for an interesting listen.

The penultimate song on the album is “Suki ga Koboreru”. This is another song that only saw a pretty limited release when it came out so again it’s great to see it included here. This is another rock heavy song, so if that’s more your thing than the other stuff on this album then I’d suggest giving this a go. Yufu’s vocal range and control really shines on this song and it has a great beat and energy to it. Why this was never released as a proper single is beyond me, as it’s easily one of the best songs in Yufu’s discography in my opinion. 100% worth your time to track this one down.

The album ends pretty much where it all began with “#Yuflight”. I’m not really sure what “Re-load Version” is supposed to mean, but it does sound a little different to the original so I guess they probably just re-recorded it and fiddled with the arrangement some. The song still sounds as fantastic as it did the first time I heard it a few years ago, that’s for sure. Yufu really kicked off her solo career with bang, and you know without this song there is a decent chance that we wouldn’t be here today talking about this album. It’s not like that makes the song any better, but it’s an interesting thing to think about.

This review is already long as hell, so I’m not going to give you some crazy drawn out outro. Basically, I think this album is really fantastic, even if the majority of it is older material. If you somehow never knew that Terashima Yufu has a solo career or you haven’t been keeping up with her output, definitely check this album out. It has pretty much all of the essential songs from her discography and it’s all in one package.

It’ll be interesting to see where Terashima Yufu goes from here. Her image does rather preclude her from doing anything too…experimental, but I wouldn’t mind some more rocking numbers. I guess we’ll just have to wait and see what 2017 has in store for Yufu and her army of mascots.