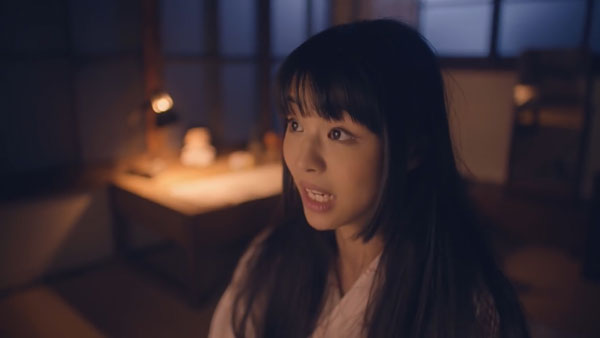 The waifu level is so high on PV Roundup this week, it’ll give you nightmares. 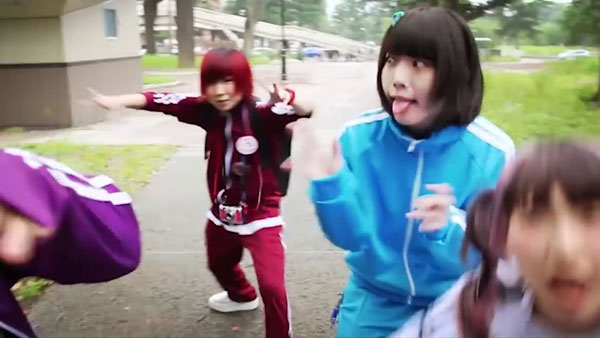 Ah, You’ll Melt More. That crazy little punk rock group with the famous Ano. For whatever reason, hype for their tour I’m assuming, they’ve recently released a PV for a track from their album released in July. Check out Garry’s review of it.

This PV is pretty in sync with what this group has brought to the table so far: chaos. Pretty much every aspect of the PV is chaotic. I think the first thing to stand out about this PV is the production. Its has good attributes, but it’s quite wild. The camera is pretty shaky and unkempt which makes it difficult to take in too much of the scenery.

The PV switches between a few outdoor set pieces. In some shots, they’re at the airport. If they shipped them overseas just to shoot this PV, what a waste. I’m sure it was for some overseas live that I’m unaware of, though. There’s also quite a bit of color mucking and film grain after-effects on most shots. It fits in with the rest of the chaotic elements. I’m overall torn on the presentation. It’s done so well for the genre, but I feel like I can’t see much of anything a majority of the time.

The outfits for this one are pretty straightforward workout outfits. The PV begins with them waking up in these outfits, and they stick with them throughout the video. The girls look cute enough. The really standout feature for some of them is their hairstyles. A few of the girls in this group have some pretty wild hair colors.

The biggest exception is Ano, and her standout feature is her antics and the facial expression she makes. She’s hard to miss. Between friends we use a word that rhymes with ballistic to describe her behavior, but I wouldn’t want to trigger the masses of the world wide web, so I’ll refrain from that here. All of these girls are pretty good at being crazy in their PVs though. It’s fun to watch.

Choreography? Pff. This is a chaos video. There might be some choreography to some of those park scenes, but mostly it just seems like insanity. It would be nice to see them try something a little more choreographed maybe, I do enjoy this PV. It’s wild, just like their punk music.

Speaking of music, while this kind of tune is not my usual cup of tea, I find it pretty enjoyable. The instrumentals are really high quality, and the vocal chaos going on is pretty, well, chaotic. This group is pretty excellent at pulling this kind of thing off, so good on them. It makes it all the more endearing.