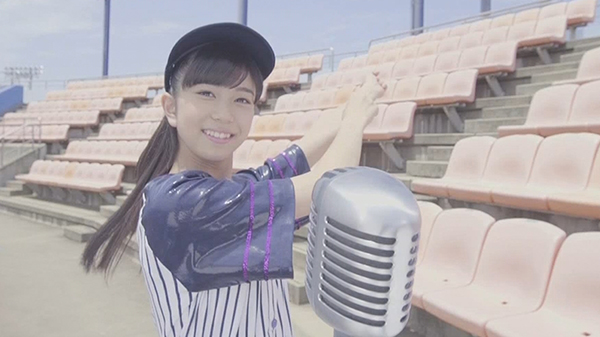 This week’s PV Roundup is mostly catch up, but don’t worry, we got some home runs in the mix.

Two things come to mind about Himekyun Fruit Can: what a bizarre name, and what great pop-rock songs they bring to the table. This new release is nice on its own, but compared to their past catalog it’s a bit on the dull side. The video is nice enough to look at I guess, but overall I’m kinda left shrugging on this one.

For better or worse, there’s not a lot of style to this PV. The backdrop is a cliff-side ocean view with plenty of greenery and blue waters. Occasionally, scenes are given a sepia filter attempting to go for a dystopian view tying into the outfits and make-up, but it’s rarely used. Most shots are presented with mostly natural coloring, so in the end these shots just look out of place.

Luckily there’s a little more style going on in the aforementioned outfits. The members are wearing these outfits featuring fabric that is slightly dirtied up and torn. They’re nice looking, almost a little too nice to really pull off any kind of “roughing it” theme. They have a bit of a karate uniform feel to them, but there’s no real decoration or anything to them to tie them to anything. The real winner here is the make-up. There’s just the right amount of pretend dirt and whatnot to give a really nice nomadic vibe to each member. The members really do look nice in this one, but again, there’s no real why or what to it. At face value it’s decent eye candy, though.

Quite a bit of the PV is comprised of the dance shot which features some decent choreography. It’s nothing too complex but is fun enough to watch. The timing and delivery on the girls’ part is pretty good as I’ve come to expect from them. There are also a healthy amount of solo shots that are shot with stylish but slightly gimmicky camera angles. None of them really tie together or deliver any kind of mini-narrative, but they look nice enough to not really care. Overall it’s a nice PV I guess, but it lacks the punch they usually have.

I feel pretty much the same way about the song. The vocals are above average quality as expected from the Fruits, but these instrumentals are so below what they’ve done before it’s almost irritating. They’re not necessarily bad but Himekyun Fruit Can usually has an awesome kick to their songs, and this one has no kick at all. For this group it’s just too soft for my liking. They do such an awesome job with energetic music and seeing them stray from that is not to my liking. Don’t get me wrong, it’s perfectly listenable, it’s just not what I prefer this group do.

[Editorial] Know Your BiStory #5: My Ixxx