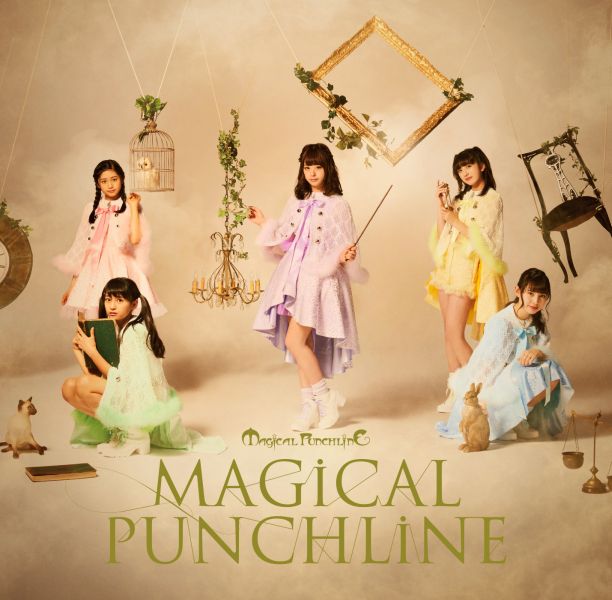 My thoughts on the debut EP from magical girl idol group MAGiCAL PUNCHLiNE.

MAGiCAL PUNCHLiNE are a very new idol group on the block, having only formed in February of this year. Fans of Idoling!!! (RIP) may recognize one of the members in Sato Rena, who was one of the last members to join the group before it ultimately disbanded. Well, she’s back with this new project where she is very much the focal point and most well know commodity that the group possesses. I’m sure that makes a nice change for her and I’m sure it’s filling out her diary when she isn’t off modeling or appearing on TV shows. Everyone has to keep busy somehow.

Sato Rena aside, MAGiCAL PUNCHLiNE actually have a fairly lore rich concept behind them. Sure, on the surface it’s just an idol group with a magical girl gimmick but if you dig into it a little more you’ll discover that there’s this whole fantasy world built around it. Said world boasts such fictional places as “Akivalhalla”, “Nogi Saga” and “Minas Tokyo” and certainly gives the group plenty of material to use and build upon. This group is probably one of the more well thought out ones that I’ve seen in a while.

I’ll let you explore all of that in your own time though. I’m but a humble reviewer who only knows enough about music to pretend that I have any idea what I’m saying when I critique it. All I know is I have 6 MAGiCAL PUNCHLiNE tracks (well, technically 5) to talk about from this debut EP and that’s hopefully what you’re all here to read about. I’ll leave the high fantasy and storytelling to the writers with actual talent.

The first track on the EP is “Overture” and yes, you guessed it, it is indeed an overture. I’m glad they don’t charge you for this if you buy the EP as a complete package on iTunes because I’d have been pretty tight if I had to pony up 250 yen for this. Don’t get me wrong, it does a good job of setting the stage for the rest of the EP and giving you a hint as to what the theme and all that is, but it’s still a 2 minute instrumental track. Not much more to say here really.

The first real song on the EP is “Magikayo!? BiriBiri☆Punchline” and it’s also the song that they seem to be using for the promotion of the CD. It starts out really epic sounding and then all of a sudden things go a little bit genki, then there’s a rap breakdown of sorts, then more standard idol pop, randomly transitioning into a heavy metal segment and finally back to the genki pop style we started with. It shouldn’t work at all, but somehow it does although I’m not sure how. I’d definitely recommend checking out the PV I’ve embedded above to hear it for yourself. 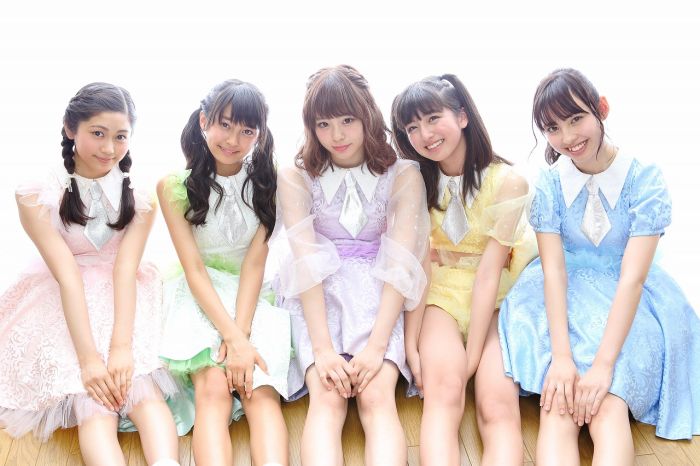 “Koakuma Lesson 1・2・3♪” follows up with a very jazzy sounding instrumental with a focus on piano and brass horns. It’s definitely a more traditionally structured song than “Magikayo!? BiriBiri☆Punchline”, and there’s certainly less variety but it’s still a fun little number. I particularly enjoyed how well the vocals flowed throughout the song. It’s a little difficult to pinpoint MAGiCAL PUNCHLiNE’s musical style at this stage, but they’re certainly showing that they have a wide variety of genres in their wheelhouse. Not too much to complain about so far.

“Prologue wa Makafushigi” follows on in a very similar style to “Koakuma Lesson 1・2・3♪” although it is perhaps a little bit more on the flashy side. Again, if jazz with a bunch of pianos and horns is your thing then I think you’re onto a winner. I think one of the bigger differences is that this song has a much more typical idol sounding chorus. There’s definitely some pretty slick transitions into and out of the chorus, which given the differences between the two is commendable. I think “Koakuma Lesson 1・2・3♪” is my favorite of these two songs. 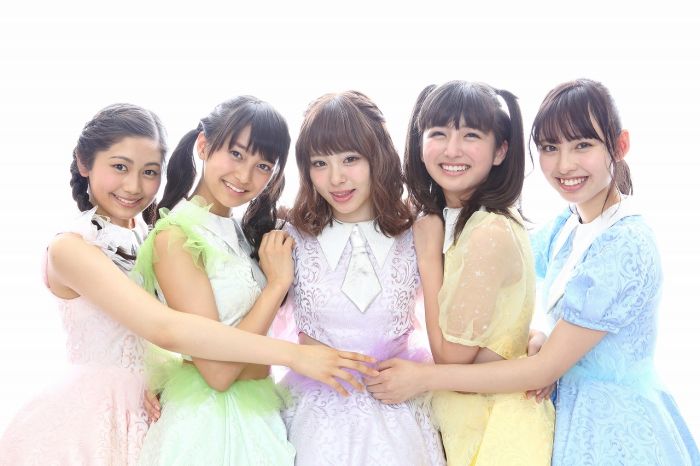 “Banriikku Rising Fire!” then decides to take us in a very different direction from the last couple of songs. It’s a heavy metal influenced track that also draws inspiration from orchestral arrangements. Such combinations have been done in the past to great success and this time is no exception. The song comes across as very epic and grandiose and sounds like it could easily be the opening to some kind of fantasy themed anime. I guess for me this is much more in line with what I’d expect from the concept of the world that MAGiCAL PUNCHLiNE appear to have been plucked from.

The last track on the EP is “Never Ending Punchline”, which is definitely not something you want to have if you’re trying to tell a good joke. Like the previous track, this one is also very metal influenced but this time with a lot of synths in play. The comparisons with early BABYMETAL are easy to draw which I’m sure will infuriate all of you “All music must be original!” types. For my money, this is better than BABYMETAL in their current form and this is probably my favorite or second favorite song on the entire CD, it’s really close. I really liked how the song built itself before transitioning to a lone snare drum solo to close things out on a sombre note. 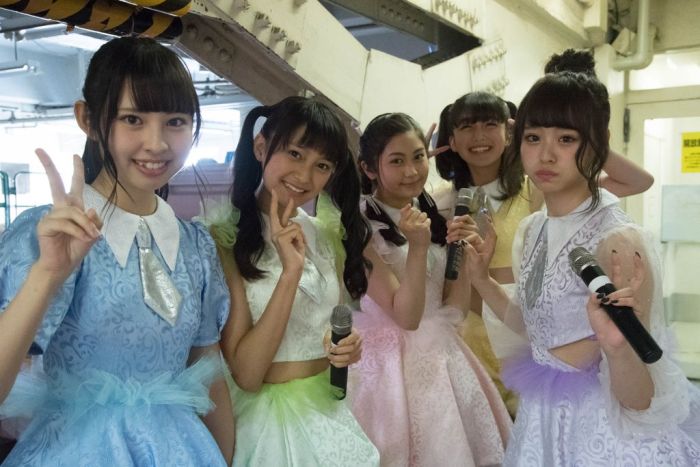 I have to say, I’m still not really sure what to make of MAGiCAL PUNCHLiNE. They’re a magical girl themed group, who sometimes perform jazz influenced numbers, other times metal influenced numbers, with a sprinkling of idol pop to tie everything together. I’m all for groups trying lots of different things musically, but for a debut it still feels like they’re finding their feet.

That said, all of the music is of really high quality. I also really like the fantasy world that has been created for this group and feel like it opens up a lot of exciting creative opportunities that will hopefully be taken advantage of and capitalized on. I am definitely looking forward to the next MAGiCAL PUNCHLiNE release, which should hopefully be sometime before the end of the year.