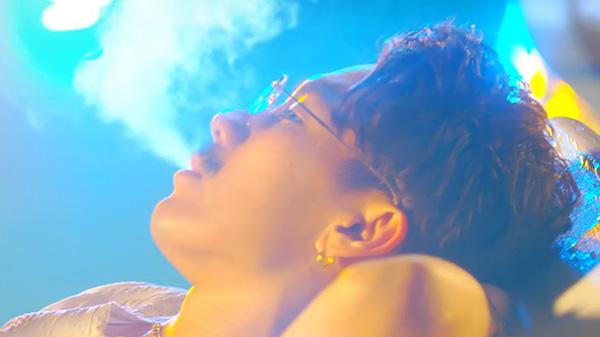 Your six wives got you down? Relax, PV Roundup is here to show you which idols will make your troubles melt away.

Afilia Saga – “Lost In The Sky” 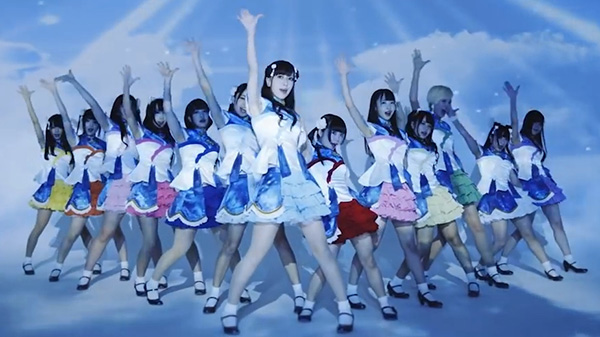 Afilia Saga is a group I’ve tried to get into multiple times, but they’ve never really stuck with me in all honesty. My opinion of their music in general has been lukewarm at best, and their high member turnover makes it hard to be too invested. Anyway, they’re back with a fairly nice video.

My first impression for this one goes to the outfits, which are a significant upgrade from what this group used to do. It seems in their more recent videos they are relying less on those cafe outfits, which I personally find kinda drab and largely uninteresting. Instead, we get these really nice blue on white dresses with highlights of other colors on the bottoms. The blue stands out very well in particular and accents the mostly blue backdrops and aftereffects nicely. It’s really nice to see these more lively, idol-like outfits used by this group.

Speaking of the background, there’s a lot of special effects in play as expected from Afilia Saga. Mostly, the theme seems to be stars and sky. We do get some random bouts with what looks like visualizers projecting on the wall, but mostly it’s some kind of sky-oriented visual. It’s actually very nice looking, giving the background a lot of movement while not quite going overboard. Unfortunately, it falls just a little short of hiding the fact that not much is going on in this PV other than the dancing and a few fairly average solo shots. But hey, if we’re going by the book, a nice backdrop doesn’t hurt.

The technical side of the PV isn’t bad at all. The camera work and scene selection are pretty decent, and transitions aren’t jarring. The choreography for this video is a little more intense than some of Afilia Saga’s past offerings, which I appreciate. Some of their past videos have been kinda dull. The delivery and dancing sync on the members part is not exemplary but there’s nothing wrong with it. Overall it’s a nicely put together video.

As for the song, I personally find it leaps and bounds better than many if not most of Afilia Saga’s past tunes. This song feels really lively to me, which I can’t say about a lot of their discography honestly. Vocally it sounds pretty different from their past stuff too, but I guess that’s to be expected when about a third of the group only joined late last year. While many may disagree, I could definitely be on board if this group is going to shift in this direction musically. Maybe it’s time I give them another look. Some of these new members are very cute, too. Just sayin’.