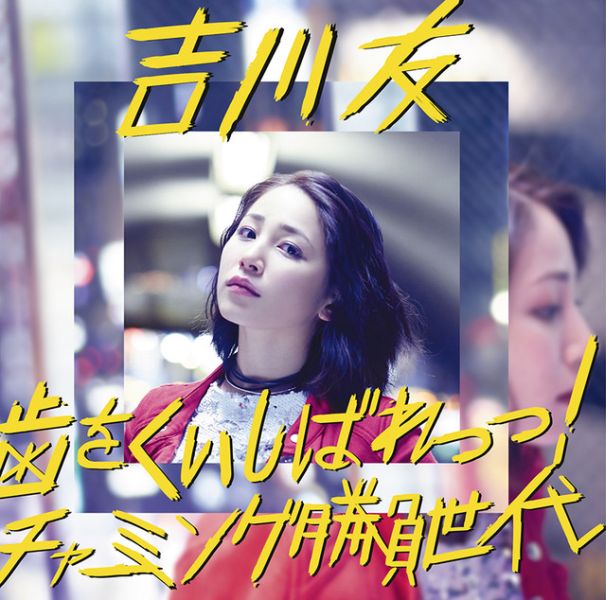 My thoughts on the 10th single from soloist Kikkawa You.

So I’ve been a fan of Kikkawa You since her solo debut with “Kikkake wa YOU!” back in 2011, which was…5 years ago now. Well, I feel rather old now so thanks for that reminder I guess. Anyway, the point is that in a scene where soloists are somewhat of a rarity, Kikkawa You is definitely up there as one of the best. It’d be nice if there was some more competition, but I guess we just have to work with what we’ve got.

That’s not to say that Kikka has had it easy though. A particularly poorly received venture into a territory bordering on Vocaloid definitely pumped the breaks for a lot of people, myself included. Thankfully that experiment only lasted for a couple of singles and since then Kikkawa You has been quietly releasing some really solid music. Unfortunately she doesn’t do it very frequently and not enough people take notice when she does.

“Ha wo Kuishibare! / Charming Shoubu Sedai” is Kikka’s first single release in over a year. See, I wasn’t kidding when I said she doesn’t release very frequently. That’s a little unfair though, she did release her third album “YOU the 3rd. ~WILDFLOWER~” back in October. You know how albums usually work in this genre though so it’s somewhat debatable if that really counts or not. Still, please powers that be, give her more than two releases a year. Please?

This is another double a-side deal, so let’s just start with “Ha wo Kuishibare!” seeing as it’s what’s listed first on the CD. It’s a pretty interesting song, and rather different from the kind of stuff Kikkawa You is normally known for. I mean sure, it’s not totally out of left field if you know what Kikka is like outside of her music career but still. I definitely raised an eyebrow when I first heard the song.

After digging a little deeper, the pieces of the jigsaw started falling into place. You see, the lyrics for “Ha wo Kuishibare!” were written by Oomori Seiko. If that name is familiar to you then you’re probably going “Yeah, of course she did!” at this point. If you’re unfamiliar with Oomori Seiko, then I’d suggest heading over to YouTube and checking out some of her work. Who knows, maybe you’ll find a new favorite artist.

Getting back to the song itself, yeah it’s pretty much one of the best J-Pop songs I’ve heard in a long time. It has a catchiness and personality that make it impossible for me not to love it. It’s instantly memorable for all the right (or wrong depending on your preferences) reasons and I’ve been playing the hell out of it since it was first previewed on Up-Front’s “Upcoming” YouTube channel. It’s rare that a song can get its claws into me like this so I’m going to sing its praises when one does manage to.

Next up we have the other a-side which is called “Charming Shoubu Sedai”. It’s a little pop rock number, that’s perhaps more in line with the usual kind of song that Kikkawa You is known for, recently anyway. The composition on this one was done by Okuwaki Tatsuya from the band Akasick, who has worked on some stuff for Band Ja Naimon in the past too I believe. After listening to some of Akasick’s music, his influence is pretty apparent.

For me, on the whole the song lacks a bit of punch. I get what they were going for but the chorus feels a little bit flat and doesn’t really do enough to stand out from the rest of the song besides being sped up a bit. That being said it’s not like I think that the song is a total dud or anything, I think it’s decent enough honestly. I’m just saying what I’d like to have seen done to make it more appealing to my ears is all.

Obviously it would have taken a lot for any other song on this single to even come close to “Ha wo Kuishibare!” so I’m probably not giving this song a totally fair shake here. I mean what do I know, these people are actually out there creating music and I’m just sitting here on a laptop listening to and writing about it right? 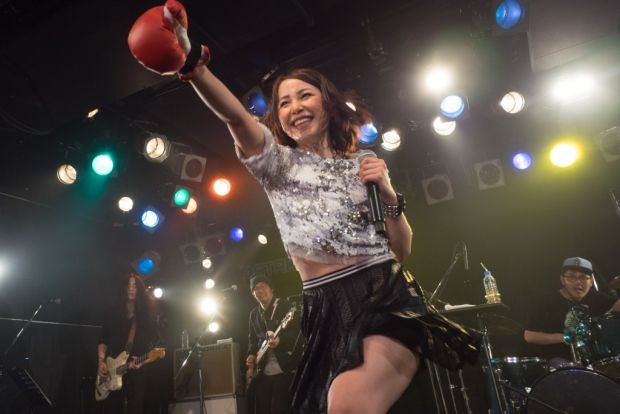 Also included on the Limited Edition Type B version of the single is a b-side titled “Maneiro!” It was put together by NOBE, michitomo and KOJI oba, who have worked on a ton of your favorite groups’ singles. The song is a total Kikka throwback that longtime fans are sure to appreciate. I honestly wish this had been the other a-side, it’s a really great, fun song. Unfortunately it doesn’t have a PV at the time of writing this which sucks. It’s available on iTunes though, so definitely check it out.

So there you have it, Kikka made us wait a while for this single but damn did she (and everyone involved) deliver in a big way. It’s going to take a lot for anything else to come along and oust this one from the top of my totally hypothetical top singles of 2016 list. Who knows, maybe it’ll be Kikka herself, assuming she manages to sneak another single in before the year is out.