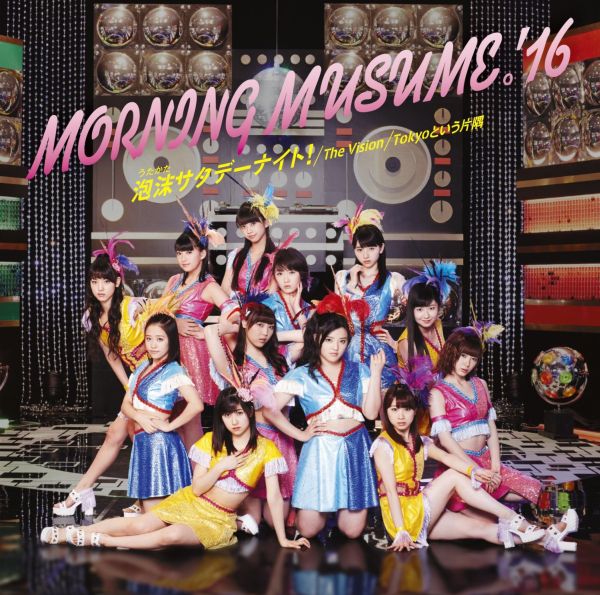 My thoughts on Suzuki Kanon’s last single as part of Morning Musume ’16.

The last single that Morning Musume released, almost 5 months ago now, saw the incredibly sudden departure of the group’s ace Sayashi Riho. A shock to the system for both the group and its fans, and one that the latter is definitely still in the process of recovering from. Unfortunately, Riho’s departure appears to have been just the beginning.

Suzuki Kanon announced in February that she too would be leaving the group and moving on to pastures new. While in Japan this news probably wasn’t as significant as Riho’s announcement, in the west I know a lot of people who are very upset over Kanon’s impending departure. She definitely made an impact on a lot people, and not just because she isn’t rail thin either.

Getting back to this single, coming in I didn’t have particularly high expectations. For me, Morning Musume have had the weakest singles coming out of Hello! Project in the last 12 to 18 months. That’s not saying they’re bad or anything, it’s just that everyone else has really upped their game. Let’s see how this new Morning Musume single measures up, shall we?

We kick things off with “Utakata Saturday Night!”, which is a total throwback to a time in Hello! Project that many of you reading this probably don’t even remember. Those of you that do will recognize all of the “classic” compositions quirks. You’d be forgiven for thinking that Tsunku himself wrote this, but that doesn’t appear to be the case.

For me, this song is just fun. Given the somewhat serious, EDM influenced direction that Morning Musume have taken in the past couple of years, this is the kind of song that I’ve missed from them. It might not be what’s hip with the kids these days, but it’s important to remember your roots. It also plays into this whole retro revival that’s going on in Japan (again) right now.

This is easily my favorite thing that Morning Musume have done in a while. I definitely wouldn’t mind hearing more in this style going forward, although it’s probably pretty unlikely. A shame, but that’s probably why I’m sitting here writing about idols and not managing them.

Next up we have “The Vision”, which wouldn’t surprise me if that was just what the person who came up with this whole thing had written in block capitals at the top of their notebook page. Jokes aside, this is mature and elegant Morning Musume out in full force. It kinda reminds me of other songs they’ve done recently like “Toki wo Koe Sora wo Koe” and “Tsumetai Kaze to Kataomoi”. I guess this is the new musical fad that Morning Musume are exploring right now.

“The Vision” is a fine song, but like a lot of songs in this style, to me it just comes across as being a bit too stuffy and unexciting. Sure it lets all of the girls show off their vocal prowess, to some extent anyway, but if this song were to come up on my rotation then I’d likely be reaching for the skip button. You guys already know how I am by now though, so this should come as no surprise.

All that being said, “The Vision” is a nice contrast to “Utakata Saturday Night!”, and I definitely think that there’s a place for this kind of song in every idol group’s discography. Just hopefully not on every single that they release for the next 5 years. Although Tsunku did have a hand in this, which isn’t that surprising.

Finally, we come to “Tokyo to Iu Katasumi” which is a fairly typical recent Hello! Project sounding song. I suppose that’s to be expected when Tsunku had a hand in the making of this one too. It mixes some classical elements with the more modern sounds of EDM, and also makes use of various…unusual vocal segments. I guess “interesting” would be a good word to describe this song.

While the song is decent and has its interesting moments, for me it doesn’t really stand out enough from a lot of recent Hello! Project material. It’s a solid filler b-side song for a single and would probably be even more at home on an album, which is probably where it will eventually end up anyway so there’s that I guess.

I don’t know, this whole triple a-side business is starting to get a little played out. I’m not sure if it’s negatively impacting on the overall quality of the music being released, but I can’t imagine that it’s having a majorly positive impact either. What happened to the days where we just had one a-side, a lone b-side, and maybe a second one if we were really lucky. 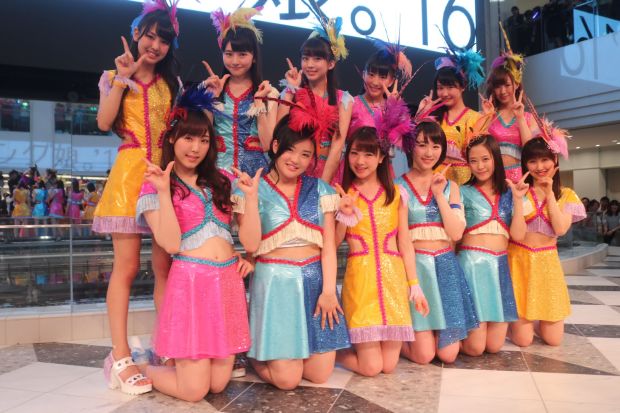 If it wasn’t really obvious, I think “Utakata Saturday Night!” is the best song on this single. The other two, I’m pretty whatever about them. I don’t think it’s a huge coincidence that Tsunku had a hand in both of the songs either, but I don’t think that’s a can of worms that I really want to open right now. There’s some crazy people on the internet after all.

I guess 1 out of 3 isn’t the worst ratio ever, even though I guess it’s technically 2 in 6 if we’re counting the ANGERME single from last week. Anyway, I’m sure we’ll be hearing about the next Morning Musume single before the end of the summer. I just hope it doesn’t coincide with a fall graduation, I don’t think Hello! Project needs any more of those right now.