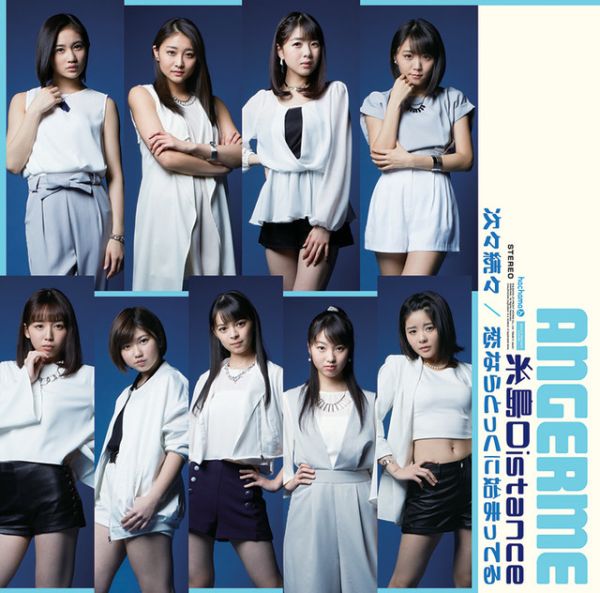 My thoughts on Tamura Meimi’s final (and Kamikokuryo Moe’s debut) single as part of ANGERME.

ANGERME has been in a state of flux for the past 5 months or so. November of last year saw the graduation of founding member Fukuda Kanon, which was a heavy blow to both the group and its fans. While still recovering from Fukuda’s exit, Tamura Meimi, one of the group’s strongest singing assets also announced her intent to graduate the group in the coming spring.

It wasn’t all bad news though. The group’s three most recent additions in the form of Sasaki Rikako, Aikawa Maho and Murota Mizuki had all began to come into their own. Their continuing development, along with the addition of Kamikokuryo Moe looks to set the group up for a very bright future. Until Wada Ayaka announces her graduation anyway.

“Tsugitsugi Zokuzoku / Itoshima Distance / Koi Nara Tokku ni Hajimatteru” is the first single from ANGERME since Fukuda’s graduation, Tamura’s announcement and the addition of Kamikokuryo. There’s a lot of stuff going on in the background right now, so let’s see how everyone’s managed to deal with it and give this single a review shall we?

Let’s start things off with “Tsugitsugi Zokuzoku”, the single’s leading a-side. At its core, it’s a fairly typical Hello! Project style EDM song. The usual bells and whistles (not literally) are all here, so if you haven’t heard it already but are familiar with the last few years’ worth of Hello! Project releases then you should have a decent idea of what to expect. They definitely didn’t stray too far from their comfort zone on this one.

However, all that being said, they did put a bit of a twist on it to freshen things up. I’m of course talking about the rapping, which I can usually take or leave when it comes to idols. In this case, it’s really well done and all of the girls involved execute their parts very smoothly. It definitely adds to the song instead of taking away, so that’s good. I definitely wouldn’t want to see it become a regular thing though.

Honestly, there’s really nothing bad I can say about this song. In fact, I rather like it a lot. It’s catchy, and the instrumentals while more or less by the book are still fairly interesting. It’s another solid entry in the Hello! Project catalog.

So we’re off to a pretty good start, and next up we have “Itoshima Distance”. This song is definitely not as high energy or…modern as “Tsugitsugi Zokuzoku”, taking on what I guess could be described as a “classical” sound. It’s not really an area of music I’m super familiar with, but I think I can hear some Spanish (or is it flamenco?) influences in the instrumentals.

Who knows, I could just be talking out of my ass. What I do know is that, perhaps unsurprisingly this song didn’t really click with me. I’m not into these slower, ballad kind of deals in the first place but that’s not the only thing I had a problem with. In all honesty, I’m not really sure this kind of song really fits this current iteration of ANGERME.

Perhaps that’s a bold claim for me to make, but for me ANGERME and this song are like chalk and cheese. I think it’s most evident in the vocals. It just doesn’t sound like it’s playing to anyone’s strengths as a vocalist. I mean, obviously they released it and it sold well so who cares what I think but this is not a direction that I want ANGERME to go in with their current line-up.

So there’s been some good and some…not so good, and now we come to “Koi Nara Tokku ni Hajimatteru”. Is it weird if I say that I could totally see Juice=Juice performing this song? I don’t know, that’s just one of the first thoughts I had when I was listening in preparation for this review. Anybody? Or is it just me?

That aside, yeah this pretty good stuff. It’s maybe lacking a little in the hook department but definitely does a good job of showcasing all of the members. It hits that sweet spot for me where while it’s not a total off the wall, high tempo hook monster, it’s also not a mind numbing listening experience either. I know idol music isn’t supposed to be deep, meaningful stuff but it’s good to have something to get your teeth into.

It’s always weird reviewing Hello! Project releases due to this multiple a-side business. This song to me feels like a somewhat weak a-side but if you sold it to me as a b-side then I’d say it was really solid. I guess it’s all a matter perspective, right? 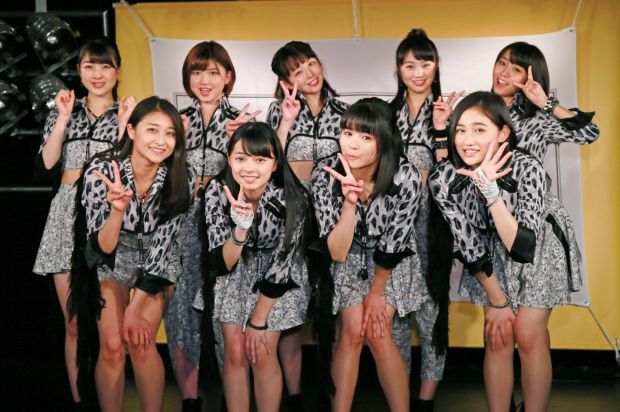 I probably don’t sound like I’m very high on this release. To an extent, that’s probably a fairly accurate observation. “Tsugitsugi Zokuzoku” is a pretty great song, I don’t think anyone would try to argue against that. However, the other two songs range from decent to not very good at all for me. ANGERME definitely put their best foot forward, but they couldn’t really follow it up. It happens and these reviews and my life would be pretty boring if I just loved everything, right?

I expect we’ll probably see another ANGERME single around August or September. Hopefully it’s not Wada Ayaka’s graduation single, and hopefully we get to hear some more of Kamikokuryo Moe. I’m pretty interested to see how she does and where she’ll fit in in a post-Tamura Meimi ANGERME.