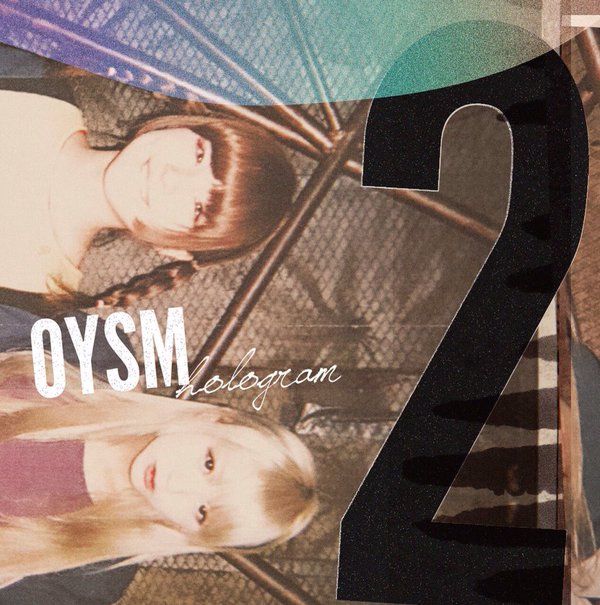 Oyasumi Hologram are a group that have only been on my radar for a short time. I’d say it’s probably about a year at this point, but man what a year its been. Starting from seeing them mentioned in passing, usually as part of a larger idol show, to watching some live performances and finally the release of their self-titled debut album. My fondness and admiration for these two girls continues to grow.

I seem to be one of the few who feels this way though. For some reason, I don’t really see much excitement around Oyasumi Hologram from the English speaking idol fandom (there are of course some exceptions). Then again, I don’t really see any outright dislike for them either. I’m not really sure why that is, perhaps they’re just flying under everyone’s radar or something.

It’s all rather strange, because there’s a lot of elements to Oyasumi Hologram that would appeal to a pretty wide range of tastes. They’re kinda weird, or maybe quirky if that’s a nicer way of putting it. Their catalog of songs has some nice variety to it, if lacking a bit of depth at the moment. Oh yeah, they also have some pretty rocking lives.

These introductions are a pain to write, curse my dedication to the beginning-middle-end format of writing articles. Anyway, with all of that out of the way I guess I should start by talking about what I liked about this album. Coming in I was kinda worried I wasn’t going to like anything, because Oyasumi Hologram’s self-titled debut was pretty much my album of the year last year. Those are some pretty big expectations to fill.

Thankfully, fulfilled those expectations were. “「2」” is way out in front of the pack in the totally fictional race to determine my album of the year for 2016. Sure it’s only 7 songs long, unlike a lot of idol album that usually swing for 10-12. That doesn’t matter though, because Oyasumi Hologram have loaded this thing up with some great material. I honestly don’t think there’s a single song on here that I didn’t enjoy in some way, shape or form.

So since I enjoyed pretty much everything, what are the standout songs? Well, there is only 7 of them so it’s not like the album is a long listen but if you’re really strapped for time here goes. “Neuromancer” (not “New Romancer” like some “legit” sites list it as) is my absolute favorite song on the whole record, they could have given me just that and I’d have been content. Thankfully they also gave us “too young” and “our future”, which would round out whatever kind of imaginary “Top 3” we’re creating here.

There’s usually a point in these reviews where I bring up the stuff I didn’t like, because balance is something I actually care about instead of just gushing uncontrollably about “waifus” and things of that nature. Like I mentioned previously though, I really don’t have any problems with this album. So, what I will do is mention a few things that I’ve heard other people say as criticism of Oyasumi Hologram and their music.

I guess the number one thing is the vocals, right? I’ve seen them referred to as weak, or even a poor man’s Shiina Ringo or Goto Mariko but more off-key. I get it, Hachigatsu and Kanami definitely don’t fit the traditional “idol pop” vocal mold. I can see how their vocals aren’t everyone’s cup of tea. You’ve got to hand it to them on the harmonies though, especially if you watch some live clips. I personally think they come across quite well in an acoustic setting.

The other prominent criticism is actually of this album itself. I’ve seen some mention of it not having as much energy as their self-titled and that this is a deal breaker. “「2」” probably is a more mellow record, but there’s still some pretty upbeat stuff here with “strawberry” being the shining example of this. That’s not a “new” song though apparently because they’ve performed it live a lot so I guess maybe people’s disappointment is somewhat justified.

I think that’s pretty much gist of the main criticism that I’ve heard rattling about in the tubes of the internet. I’m sure someone out there is banging on about production values or whatever, but I don’t think you can even notice something like that unless you’re the biggest audiophile out there.

Hopefully that’s enough of a balance of opinions to make this review worthwhile, even if not all of them were my own. I personally really dig the more mellow side of Oyasumi Hologram, which I guess is a pretty weird thing to hear me say. Regardless of your flavor preferences, I think we can all agree that Oyasumi Hologram at least have some fantastic instrumentals backing them up. Seriously, have a really close listen and you can hear how much is going on in there.

Maybe some of you guys have read this review, maybe watched the PVs and now you want to hear more. Well, like I mentioned before Oyasumi Hologram also have their self-titled debut available. Personal favorites of mine from that release include “Drifter” and “note”, both of which have a ton of live performances and I think even PVs available on Youtube.

Oyasumi Hologram don’t release new material very regularly, so it might be awhile until we see anything new from them unless that policy changes. Although to be fair, it has only been around 7 months between their debut album and “「2」” so maybe we’ll see another release before the year is out. I know I’m looking forward to whatever they do next, as long as it’s not breaking up.