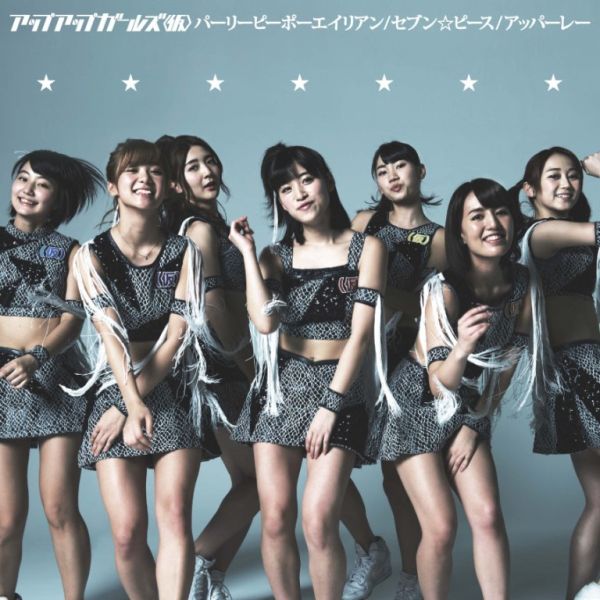 My thoughts on the 20th single from the still tentatively named Up Up Girls.

Up Up Girls have a pretty interesting set of circumstances if you stop for a minute and think about it. They’re basically a bunch of Hello! Project cast-offs who had the unenviable task of toiling away in a K-Pop dance cover group for a year before Up Up Girls eventually became a thing. They still only have a tentative group name for some reason, but none of this has stopped them from getting where they are today.

The group is known for having some pretty up-beat and catchy songs, but they also have a pretty wide range that spans into numerous different genres. That’s something I really like about them, they have what I guess you would call their signature style but fairly often they’ll throw something a bit different into the mix. A lot of the time this is in the form of a b-side but still, there’s some real effort being put in there.

That being said, Up Up Girls are a group that blow hot and cold for me. When they hit, it’s spectacular, but when they miss it’s really not my thing. As such, it’s hard for me to have any real idea or expectation when I hear that Up Up Girls are releasing a single. Well, I guess calling one of the a-sides “Party People Alien” is going to bring up some preconceptions. Anyway, let’s get into this review.

So yeah, the lead a-side from this single is called “Party People Alien” and I honestly have no idea what that’s even supposed to mean. I guess when people go out to parties like in the PV they dress up and kinda look weird like aliens or something. That’s the best guess I can throw at it anyway. If you want a more in-depth discussion on the PV, check out Mike’s PV Roundup where he covers that and more!

So we come on to the song, and if I’m totally honest, I really don’t like it at all. I mean, it got stuck in my head for like two days after I listened to it so I guess it’s effective in that way. However, it wasn’t catchy in an enjoyable way, unless you’re really into LMFAO or something like that. That’s not really my thing, in case you couldn’t tell.

I dunno, the song is just kinda generic even without my own personal biases involved. It’s not like I expect all music to be super original or anything, but this is about as by the number as you can get. It also does a really poor job of showcasing any of the girls’ singing ability. Up Up Girls are known to play with the vocal effects, but the producer just went off the deep end here.

The single features a second a-side titled “Seven☆Peace”, but it hasn’t had any kind of video to promote it at the time of writing. It has a pretty nice live video, but it’s a bit weird that they didn’t give it anything more official. Maybe that’ll happen in the future but right now it’s a little disappointing.

Anyway, “Seven☆Peace” is much more in the typical Up Up Girls style, if you want to call it that. It has the airy sounding synths and drum machines blasting out a high tempo beat. All of the girls get a chance to shine on the vocal side of things and for me, the whole thing is just a much more pleasant listen. It might not be as annoyingly catchy, but sometimes being incredibly catchy isn’t a good thing.

Personally, I’d have just had “Seven☆Peace” be the a-side for this single. Although I guess it is fairly standard Up Up Girls fare, so I can see why “Party People Alien” got the nod too. I just think that this is a much better song is all, though I’m sure many will disagree with that opinion.

Also featured on the single are 3 b-sides (which made this rather expensive to buy on iTunes), one of which got a PV to go along with it. “Seishun no Namida” is an…EDM ballad I guess? That’s the best way I can describe it. Man, if all ballads were like this then I’d become a fan in a hurry. I really like this song, and unsurprisingly I also think this could have been billed higher than “Party People Alien”. Also, check out Mike’s PV Roundup where he gives his views on the PV.

The other b-sides weren’t so fortunate in the PV department, but I’ll talk about them real quick anyway. “Appare” has this super upbeat jazzy, bordering on ska kinda thing going on. It kinda reminds me of something that Stardust would do, so all you Stardust nerds better go check it out. It’s not my favorite song on this single, but it’s not something I’ve heard Up Up Girls do too much and they pull it off really well.

Last up we have “Shout!!!!!!!”, which is a “club banger” for lack of a better term. I’m not a EDM kid so I have no idea what genre this is taking inspiration from, but it sounds like what I’d call “House” music so there ya go. This song just completely crushes everything else on this single (a bit unfair to “Appare” and “Seishun no Namida, but it’s just that good) in my opinion. How this didn’t get its own single or end up as an a-side on this one I’ll never know. Missed opportunities all around. 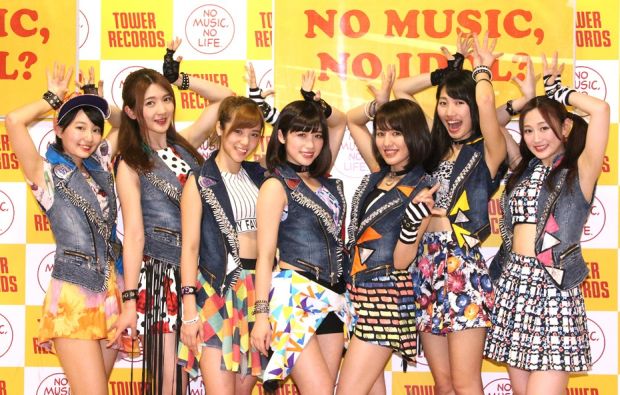 This single ended up being a little bit frustrating for me. “Party People Alien” doesn’t do anything for me, but everything else on here is great according to my ears. So how exactly am I supposed to rate this thing? Well, in the end I decided to rate “Party People Alien” on its own, and the rest of the single as a collective. You can add both scores and divide by two if you want, I don’t really care. Someone told me I gave out too many 4s anyway, so I’m changing it up on this one.

So yeah that was Up Up Girls, they’re always fun to listen to and talk about. It took a little longer to get this one out than I would have liked, but there’s so much stuff that I want to review and only doing one a week means I’ve got a bit of a backlog going on. Maybe you’ll get two reviews a week for a little bit until I get this under control. We’ll see.