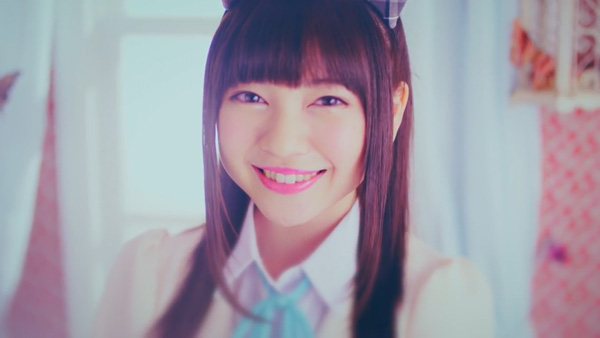 Do you need some magic in your life? We’ve got it in this week’s PV roundup! Aburacadabura! (This will make sense very soon.) 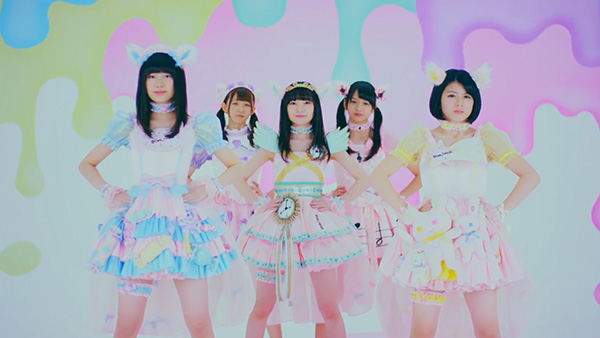 Wa-suta might be the freshman class in iDOL Street, but the veteran groups better watch out! From a very impressive Tokyo Idol Festival debut in 2015 to a PV already reaching meme-level status in western idol fandom, this group is on its way to making a name for itself at an amazing pace!

This is the part where I describe the PV, right? Uhh…Well, first I have to mentally separate the video from the song, which is extremely hard. We’ll get to that in a bit. The PV itself is actually kinda formulaic. There’s a fair amount of dance shots, solo shots, and also a sequence mimicking Pokemon and other Japanese RPG games. The colors are set to overdrive in this video, but they’re consistent so it’s not distracting.

The outfits are all quite nice and prominently feature the colors of each member, making oshi locating a breeze. The dance shot outfits are especially awesome. There’s quite a bit of detail in them, albeit quite random details, but it’s nice that some genuine effort went into them. The sets are also pretty detailed and colorful. There’s some use of CGI and aftereffects in select scenes, and it’s integrated very well.

Much like how I felt when watching Tokyo Idol Festival 2015 footage, I’m really impressed with these girls. Considering the group was only formed a year ago, they’re pretty awesome performers. Their dancing and timing are very solid, and no member has even a hint of “deer in the headlights” syndrome. They look like they’ve been performers for years. As if that wasn’t great enough, they’re all so cute! Like, SUPER kawaii! I personally have a bias towards Hirokawa Nanase, or the green one for those still fuzzy on the names. I’m very impressed with all of them, though. Everything on the visuals end is terrifically done.

The song? Well, it’s easily the best pop song of 2016 so far. If ever there was a “THE Idol Song”, this is it. It visits every niche, every stereotype, and every moe point that has ever been in an idol pop song. The song starts off in a very familiar iDOL Street tone, sounding like something SUPER☆GiRLS might do, then suddenly, everything grinds to a halt and changes over to a GEM-like song, then…uh…ABURACABURA!! No fucks are given from that point on. It’s oddly enthralling, and one listen just isn’t enough any time I turn it on.

The song continues to flip around to idol pop, idol rock, complete randomness, repeat cycle for another three minutes. It’s hilarious and downright awesome. The way it’s done makes for an absurdly fun listen that really can’t be adequately put into words. Like many in my Twitter circles, I can’t seem to get enough of it.

Oh, and since this video has subtitles, I can comment on the lyrics. They’re about nothing. Yup. And it’s awesome.

(I’d give this six stars if I could.)