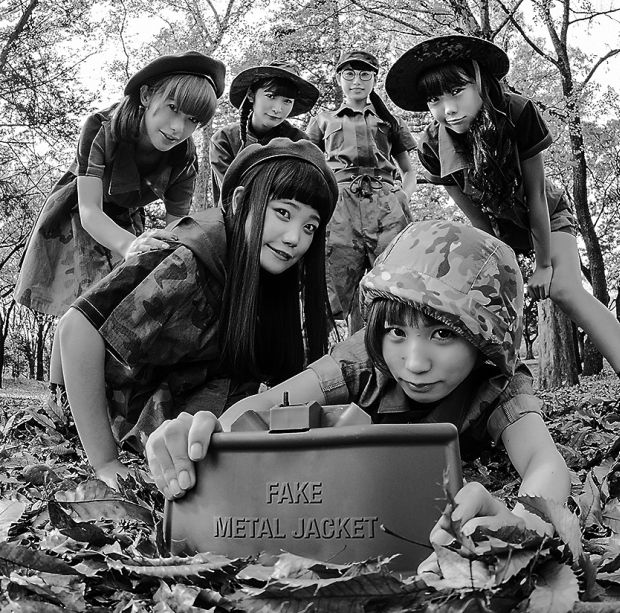 My thoughts on the sophomore album from Brand-new Idol SHiT.

What better way to kick off the real content on this site than by reviewing the latest BiSH album that dropped last month. I mean, I’m kinda taking a little bit of inspiration from them for some elements of the site. Maybe you’ve noticed, or maybe you haven’t. I’m certainly hoping no one from Avex takes issue with this NON-PROFIT website.

With that all out of the way, what did I actually think of the group’s sophomore album? If you want the tl;dr version of things, I thought it was a fairly solid effort for a still relatively new group, although there were one or two things that perhaps I would have liked to have seen done differently. You’re now free to leave if time is of particular importance or monetary significance to you.

For all you degenerates out there who actually have nothing better to do than sit here and read this review, let’s get right down into things shall we?

Like I said, the album is really solid in my opinion. Something that’s pretty impressive given the fact that the members of the group are writing a majority of the songs featured. It’s something that you hardly ever see in the idol, and I guess wider J-Pop genre. Usually one producer is tasked with compiling a 10-12 track album, or multiple single releases and that’s not an easy task. It also leads to a lot of the songs sounding similar.

Now, I’m not saying that the opposite is 100% true in BiSH’s case, because some of the songs do sound a bit similar to each other. However, a lot of the songs have very clearly defined personalities behind them and that helps to make the album a pleasure to listen to, instead of the painful slog that certain groups are guilty of.

Songs like “Primitive”, “All You Need Is Love”, “身勝手あいにーじゅー” and “デパーチャーズ” were the ones that particularly caught my interest right off the bat and would be the songs that I would personally recommend that people seek out to listen to (they’re all on the group’s official Soundcloud). There’s a nice mixture of different styles spread throughout the four songs and I think there’s something for pretty much everyone to enjoy. Unless you’re just some miserable person who hates practically everything in life. It’s okay bro, we can hug it out.

I’m pretty positive on the album as a whole, but there was one thing in particular that I just didn’t really care that much for. The re-recorded versions of the songs from their debut album “Brand-new Idol SHiT”.

Don’t get me wrong, I completely understand why they needed to re-record these particular numbers. All of them feature heavily during live performances and there have been subsequent personnel changes since their original recording. It also probably made the creation of the album easier because they only had to write a half dozen or so new songs.

That’s all fine, but in the majority of cases and this might just be me, but I think the re-recordings don’t sound as good as the originals. I’m not sure what it is, maybe it’s the production, I doubt it’s the new members but I just can’t put my finger on it. Something just doesn’t sound good and it bothers me. I had a similar problem with BiS when they re-recorded “Nerve” on practically every album they put out. Nothing was ever quite as good as the original.

This is just my subjective opinion of course. It’s not like the re-recorded songs ruined the album for me but I couldn’t help but notice what to me was a downgrade in quality for whatever reason. I’m also not being financially incentivized or editorially directed to heap praise on every aspect of this release so I’m going to say what I really think.

Overall, the album isn’t without its flaws. Then again, the members of BiSH and everyone reading this (whether you like to admit it or not) are flawed to various degrees and that’s charming in its own way too. I’d still highly recommend you seek out this album and at the very least give the songs that I highlighted a spin.